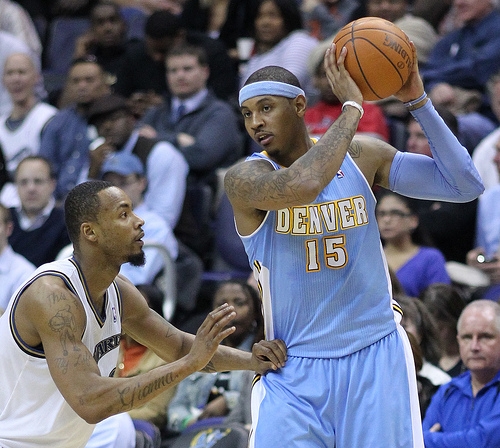 The Great Diaspora of American Basketball

I don’t know if everybody heard, but there was an NFL lockout earlier this year, and now the NBA is following suit. If the two sides, the players and owners, do not come to an agreement soon, the NBA season may be in jeopardy. And while this may be bad news to American sports fans, European and South American basketball fans are rejoicing because they will finally get to see their favorite stars play in their beloved trapezoidal lane. This begs the question: Is it a good thing that many of our favorite athletes are going to be playing overseas if this lockout is not settled?

Players going abroad is a good thing for fans because at the very least, they will still get to see their favorite players score 50 points a game against a Serbian team made up of Sasha Vujacic and a bunch of his NBA-reject friends (no offense Sasha, but you are engaged to Maria Sharapova, so I don’t feel bad).

For the players themselves, if there is no NBA basketball they need a way to stay sharp. That is why players ranging from Carmelo Anthony (who is considering China as a possible destination) to Magnum Rolle (yeah, I have no clue who he is either) have either signed or are considering signing with foreign teams.

For some, money is no object and an overseas contract would simply benefit their game, but for others such as youngster Austin Daye, he needs to play so it benefits his bank accounts, or at least that is what he told ESPN’s Jim Rome. E’Twaun Moore, who was a Celtics’ second-round pick this past year, is set to make 200,000 dollars with an Italian team. This may be less than what he was slated to make in the NBA, but as a rookie who has yet to receive a paycheck, six figures would be a lot to give up.

FIBA, which is the governing body for many international basketball leagues, gave the okay for players to take their talents elsewhere. This indicates that many foreign leagues are more than content with NBA-caliber players having a go at international basketball. At the very least, these leagues will make a hefty sum based on TV rights and advertising because people want to see these great players play, no matter where that may be.

Personally, I would rather watch Kevin Durant drop 66 at Rucker Park, but that might come across as egocentric and exceptionalist.