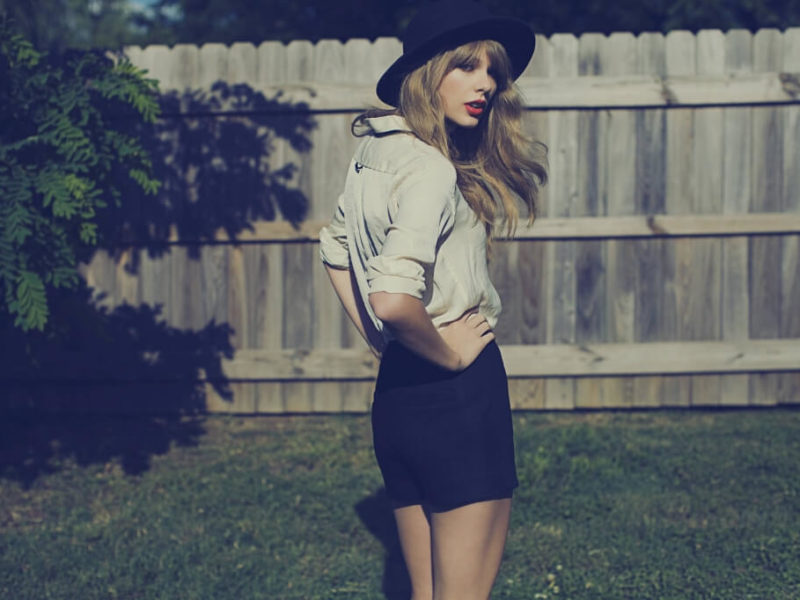 The Good For Any Mood Playlist

Abigail ColbyNov 15, 2012
Home » Latest Posts » The Good For Any Mood Playlist
FacebookTweet
There’s no denying that country music is working its way into the mainstream at a seriously fast rate. And while music that is Made in the USA certainly doesn’t fit everyone’s taste, after listening to our country music playlist you may find yourself inclined to slap on some cowboy boots of your own. Get ready to find your nearest honky tonk and tap your toes to some awesome tunes that fit any occasion.

You know it wouldn’t be a country countdown without Swifty! And this song is certainly one of our favorites, in which Tay Tay describes her first date after a nasty break up. Generally uplifting, she gently reminds the listener that just because you might be down, you’re not out! With a catchy chorus and relatable lyrics, this one’s another win for the princess of country.

Recent Beak Up That You’re Sad About: Goodbye In Her Eyes–Zac Brown Band

In true ZBB form, this one tugs at the heartstrings in an indirect way, making it applicable to almost any heartache you may encounter. As most of their songs about love (their second favorite topic to sing about, right after drinking), it depicts the thoughts of a commitment phobic man who ended up losing the gal he cared most about. Common problem, awesome tune. Definitely worth checking out.

Recent Break Up That You’re Accepting: Over When It’s Over–Eric Church

A lesser known song from a rising sensation, “Over When It’s Over” has the same haunting presence as his mega-hit “Springsteen.” With the resounding “Over when it’s over, ain’t it baby ain’t it?” sung throughout some pretty powerful metaphors, it brings to life those few and far between moments when we really do have to throw in the towel on a relationship. Never fun, but Mr. Church helps make things a little more bearable with this future hit.

Night Out On The Town: Fastest Girl in Town–Miranda Lambert

Lambert, who may be the antithesis of Taylor Swift on everything except hair color, is another female country music star who really knows how to bring it regardless of what she is singing about. In her newest number, she takes on the persona of the girl in town that you take out on a Saturday night versus a Sunday morning. And with sassy lyrics and beautiful chords, Lambert makes us all wonder if we could cut it with the fastest girl in town.

These newcomers to the country world have certainly made their initial mark in a major way. This insta-classic, which causes one to almost feel the sunshine and breeze on them when they listen to it, has become the most recent theme song for the laid-back country style of Kenny Chesney and Easton Corbin. If the rest of their album turns out to be anything like “Cruise,” we have a feeling these guys will be sticking around for a while.

Pretty much self-explanatory. From last call performances to drunk uncles at weddings, this song will forever live in infamy and will continue to be performed by people who will regret doing so in the morning. There’s a reason Mr. Brooks is a country music legend, and this song isn’t going anywhere.

Really Looking to Get Into the Spirit of Things: How Country Feels–Randy Houser

Another great song for a long drive, this songs brings to life some of the things that epitomize country music in a non-obnoxious way.  The lyrics depict a Southern gentlemen discussing how love goes down in the Boonies, and is surprisingly swoon-worthy. Mr. Houser certainly gets our stamp of approval for this catchy and cute number.

A Classic Jam: Dust on the Bottle–David Lee Murphy

If you’re looking to ease your way into the country music genre, look no further than Mr. Murphy’s 1995 hit “Dust on the Bottle.” With a catchy chorus that practically begs you to sing a long with it, preaches about a love story in its early stages that has a deeper metaphor attached; and isn’t that what good ol’ American music is for?

Head Over Heels in Love: When She Says Baby–Jason Aldean

Another lesser known tune from a country favorite, Mr. Aldean uses this song to discuss just how great that special someone can make you feel after a long day. A heart melting tune from a usual tough guy and beautiful instrumentals? We’ll vote yes on another Jason classic, as long as he keeps callin’ us baby.

The most recent hit from country music’s favorite new comers, The Band Perry shies away from their “If I Die Young” roots with this future classic. As the female lead discusses her extremely close connection to her beloved, the lyrics become almost humorous as she describes what would happen if he ever went astray. Luckily we don’t see anyone fooling around on the gorgeous Kimberly Perry anytime soon, but Lord help them if they do.

Previous Post:Athletes take to social media to react to election results
Next Post:Meet the Parents