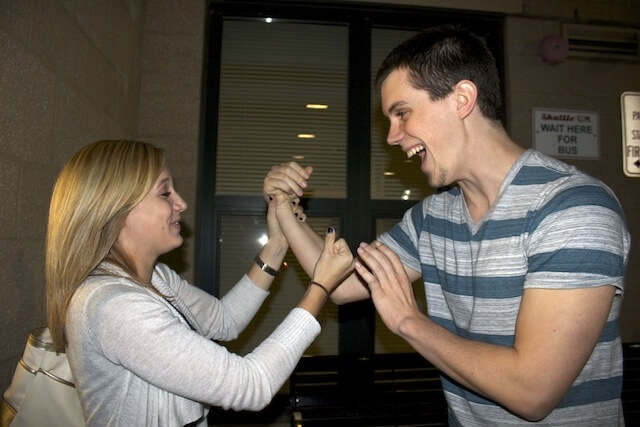 The Game of Love: Playing Hard to Get

Let’s face it: Skyrim isn’t the only game that students are playing on (and off) campus this week; one of the most popular games played in the dating world is “hard to get.” But will the tactic of giving him or her a bit of the cold shoulder wind up leaving you out in the cold?

According to an article from the Journal of Personality, “…the sheer knowledge of being liked by someone makes people more attracted to their partner.” This is known as the “reciprocity principle” and can apply to both platonic and romantic relationships.

Playing hard to get can often lead someone to doubt your interest, and acting aloof, as opposed to attracted, is a surefire way to blow your chances, right? Well, not necessarily…

To Cling or Not to Cling?

In an article from Psychology Today, Adoree Durayappah cited that although research has shown that attraction is heightened by reciprocity, ardor could also be manifested from a period of uncertainty.Researchers at the University of Virginia asked 47 female participants their attraction to men who had viewed their Facebook profiles, depending on whether the men liked them, gave them average ratings, or whether the researchers left the men’s opinions undisclosed.

“[Participants] were more attracted to men when they were unsure if the men liked them best than men who they knew liked them most,” Durayappah said in reference to the study.

Shelby Taylor, a junior at West Virginia University, said that she believes there can be both positive and negative consequences to playing hard to get, which is why it is best to find a happy medium: “When some guys play their version of ‘hard to get’ it often turns out with them making the girl think he’s totally disinterested—it’s like they give you attention for a few days and then disappear,” she said. “Then, a few days later they’ll be back talking to you constantly…To me, the positive way to play hard to get is to leave them guessing. If they invite you to a party, make them sweat a little by showing up a few minutes late and don’t be so hasty to text them back.”

A little mystery may go a long way at the advent of attraction…just remember to leave at least a few clues to your interest. Otherwise, denying your true feelings too long while playing hard to get could make this a game you lose.

Previous Post:One Lady Is Gaga For Harvard Grads
Next Post:Do I Have to Join the Real World?