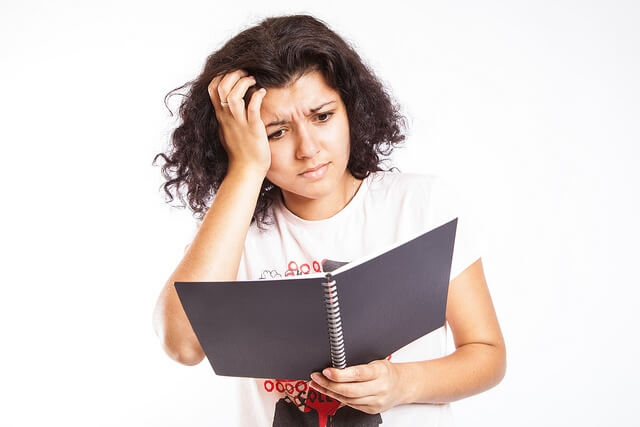 The Fault in Our Freshmen: The Struggle Is Real

Daniel KuhnSep 8, 2014
Home » Latest Posts » The Fault in Our Freshmen: The Struggle Is Real
FacebookTweet

While most of us were smart enough to avoid wearing lanyards around our necks like some sort of freshman tribal tattoo, rookie mistakes hit us when we least expect. Don’t be arrogant enough to believe your upperclassman alias is confusing anyone. Unless you’re James Bond trained in subterfuge, your actions give away your class standing as easily as your transcript. My career as a secret agent ended with my first day of freshman year. It’s hard to stay undercover when you’re lost in enemy territory.
Denying my lack of navigation skills (I’m no Marco Polo) and the size of my 8,556-acre campus, I made no effort to find my classes beforehand. My entire knowledge of Penn State’s geography based itself on a tour I took my senior year of high school. Getting to my first 10 a.m. posed more of a challenge than I expected.

So It Begins
9:30 a.m. The incessant blare of my alarm barely pulled me out of my comatose. Shut up, Siri. Like a boozehound after one too many nights of one too many, I dragged myself into the bathroom. A shower, shave and a pair of sweatpants prepared me for departure. Where was that class again? Oh yeah, in that building by the road by the tree.
Take Off
9:50 a.m. Why do people worry about getting lost? How ludicrous. I need to go west right? No, east. West. I’m going west.
Arrival?
10:01 a.m. Ah, there’s Walker Building. Exactly where I thought. Wait, where’s room 31? Why is this building full of offices? Are there no classrooms? Oh…this is Weaver Building…
Reassignment
10:02 a.m. Ok, no big deal. Stay calm. There’s plenty of time. Sneak a peak at one of those obnoxious oversized campus maps when no ones looking,
Onset of Panic

Find schools
10:06 a.m. Central campus?!  I thought this was central campus! Why won’t the map on my phone load? Siri, are you mad about this morning? If I’m late for this class, this professor will fail me. My life is over.
Cover Blown
10:09 a.m. “Excuse me, do you know where Walker building is?” I’m obviously a freshman and have no idea what I’m doing. Why won’t any of you compassionless zombies help me? Take your eyes off your phone for a second. I know you can hear me through those $15 knockoff headphones.
Not So Divine Intervention
10:11 a.m. Finally someone took pity on the sad little freshman. Barely concealing a laugh, a co-ed sporting a Greek life sweatshirt and the remains of last night’s whiskey on her breath provided the necessary intel. Two blocks and a left turn separated me from my destination and the rest of my academic future.
Slipping in Unseen
10:17 a.m. Fortunately, a side door provided access to the back of the classroom. Unfortunately, failing to pull the door shut had the same effect as pulling a fire alarm.
Exposed in Enemy Territory
10:19 a.m. After gaining the class’s attention, I finally found a seat next to every class’s token smelly kid. Why is everyone still looking at me? Hey girl next to me, shove your face back into that copy of Twilight you barely have hidden under the table. Your right to judge me flew out the window when Bella became a vampire.
10:25 a.m. Syllabi?! When did those get passed out? Miss Twihard won’t let me see the one she’s using as a bookmark. Let’s just focus on the professor’s ramblings about Manifest Destiny and make it out alive.
10:50 a.m. An enthusiastic apology and a poorly conceived lie about the stomach flu earned me a syllabus. My gray-haired professor with the mismatched shirt and tie hadn’t even noticed I was missing. Tardiness wasn’t my GPA’s sentence to the firing squad.
Getting lost on the first day doesn’t destine your college career for failure, but finding your first class is definitely the right start for a successful year. Dora out the day before classes start. Grab a map and explore your campus. Though you might not make a convincing upperclassman, your first stroll to class doesn’t have to become a walk of shame.
(Main image via giphy.com)
FacebookTweet
Life

Previous Post:How to Write an Essay in College: Advice From Your Friendly English Major
Next Post:13 Courses You Wish Your School Offered