Shop now
Home » Latest Posts » The Dog Days of College: Should You Bring a Pet to School?
Life

The Dog Days of College: Should You Bring a Pet to School?

It happens to a lot of people: You casually stroll into the animal adoption store at the mall to get some free cuddling in, and you end up walking out with a new and expensive responsibility. Pets can be a great addition to your family and your Instagram photos album; but how can you take care of another life when you can barely wake up on time to get to your 9:30 classes? I guess you’ll have to figure it out while admiring the overwhelmingly cute things they do… or don’t do. 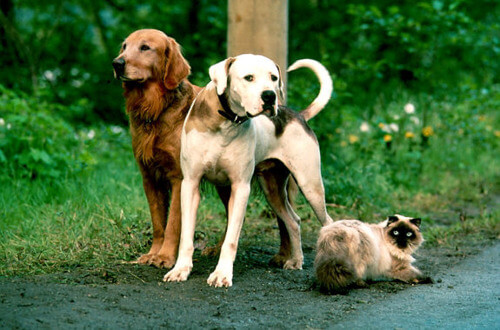 “I love the unconditional love you share with a pet.”

Chloe Pitard has had her cat Mimi for seven years. After her previous cat passed away, the Florida State junior decided to adopt a new furry friend. Now whenever Pitard pulls up to her house and flashes her lights in the window, she sees Mimi waiting for her.

Cons: Pitard said it is difficult to keep up with Mimi’s veterinary appointments and checkups, in terms of time and finances, when she also has to take care of herself.  Finding roommates who aren’t allergic to cats is an issue, too.

Pros: Pitard said pets are an incredible bonus to the college experience. “For most of us, it’s our first time heading out alone from home,” she said. “Pets are an amazing form of love and therapy that can really help the whole transition. They may be hard work sometimes, but in the end, (they’re) completely worth it.”

“My mom is afraid of dogs and I’m allergic to cats.”

With that diagnosis in the house, Megan Coffey learned to be pretty unconventional when it came to pets. The Florida Atlantic University biology senior has four cockatiels, Baby, Binkie, Screech and Bullet; two salamanders, Wooper and Kipp; an eastern spotted newt, Pixel; a leopard gecko, Tiny Mozart; and a few fish.

“I’ve always been really into animals,” she said. “You come home and you have no time, but I love it.”

Cons: Coffey has to clean their cages and change their water often. Some of the food the reptiles eat are live critters, which leaves a strong odor in her house. Her biggest feeding frenzy is for her salamanders. Though they only need to be fed every two or three days, Coffey has to hand feed them so their water supply doesn’t become contaminated by the creepy crawlies.

Pros: “It’s nice to come home to all these cool animals,” she said. Coffey said if you don’t have a lot of time or want cheaper living expenses, reptiles and amphibians are the way to go. They don’t require as much attention, though you can still enjoy their company. 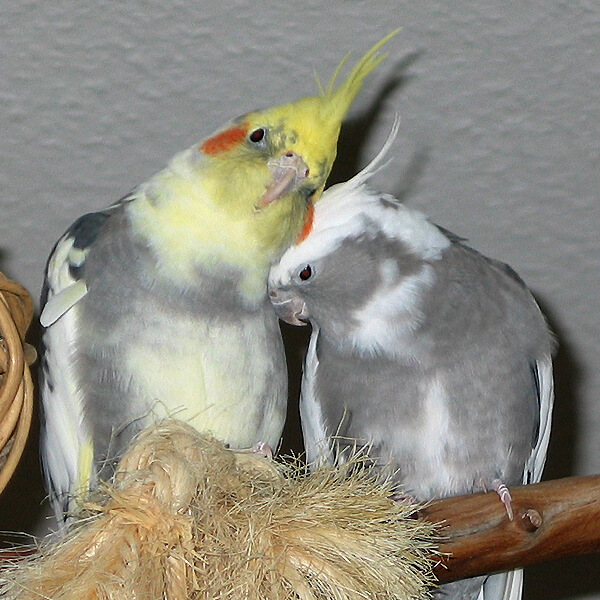 “They’re living stuffed animals that just want to cuddle with you.”

Amanda Burrill recently moved from Los Angeles to New York to attend Columbia University, and her two 15-pound pooches came along for the ride. With the chaos of moving across the country from a 1,750-square-foot two-story apartment to a 650-square-foot one-bedroom apartment, the grad student said she overcomes it with the help of her dogs Moxie and Biscuit.

Cons: Burrill said her dogs must be walked about three or four times a day and fed twice a day, which is a lot to handle. Even though there is a dog park next to her apartment, she said Moxie and Biscuit don’t get as much exercise as they should.

Pros:Burrill worked out her class schedule so she never has to be at school for more than five hours at a time so she can go home and tend to her pets. She also said that her animals keep her grounded and responsible.

And even though Biscuit once chewed through multiple brand new outfits left on Burrill’s bed, she said he is still just too cute to yell at.

“I was never a cat person.”

Isabelle Chapman had a mouse problem in her New York apartment. Simultaneously, the first-year journalism grad student at Columbia University was cat-sitting for a gray Russian Blue mix. Upon entering the apartment, he immediately fell asleep on Chapman’s floor. She kind of enjoyed the cat’s company, and this one certainly had a personality.

“I just never returned him,” she said. And so the one-year-old rescue named Jeff Buckley (Jeff for short) found a home.

Cons: “I didn’t realize how annoying he was going to be,” she said. Aside from pawing on her chin each morning, Chapman is having trouble finding another cat sitter for Christmas break because she is going home to Chicago for five weeks. Though cats can generally fend for themselves for a while, five weeks is just not possible.

And since New York is such a big city, Chapman is constantly out and about town.

“Sometimes I feel bad if I’m gone all day.”

Pros: “He’s really pleasant to have around,” she said. Chapman enjoys Jeff’s company and takes on the responsibility of another life as a learning experience. Her roommates like spending time with the feline too, and she said he’s a very funny cat. And there’s another pro that’s just too good to give up.

“I don’t have any mice because of him.”

So the next time you walk into the shelter to play with those adorable animals, make sure you either have the ability to care for one or have the will power to just say no.