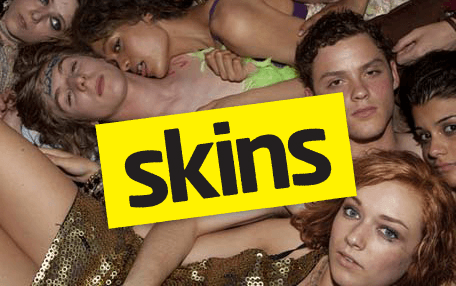 The Clash of the “Skins”

When you think of the television series “Skins,” what is the first thought that comes to your mind?

“Skins” premiered on E4 in January 2007 in England, exploring the complicated lives of pre-university students and their dysfunctional families, sexuality, drug and alcohol use, death and friendship.

Each episode is told from a different character’s point of view. There are between eight and 10 episodes per season, and after every two seasons, the show features a new set of characters.

In January, the United States re-introduced “Skins” on MTV, this time set in Baltimore as opposed to Bristol.

The storyline, although featuring some different characters, mirrors the first season of the English version.

“I saw a lot of commercials for the American version, and I started talking to a lot of people about it, and they said the British version was much better,” Krenek said.

He added, “I saw the first 10 minutes of the first episode [of American “Skins”]. I didn’t like it because it was word-for-word the same show. I wanted it to be different.”

Many organizations, like the Parents Television Council, have urged advertisers to withdraw their campaigns during episode breaks due to “Skins’” violent and promiscuous content.

Why are British “Skins” and American “Skins” each received differently by different audiences?

“The British version is another teen drama that has a good plotline that shows more things that the American version can’t show,” Krenek said. “There are more sex scenes, nudity that they’re allowed to show. Also, the extent of the drug scenes is elaborated more in the British version.

The British version of “Skins” finished its fifth season in March and will premiere season six in the fall. The American version recently concluded its first season, and after lackluster ratings, MTV canceled the show last week.