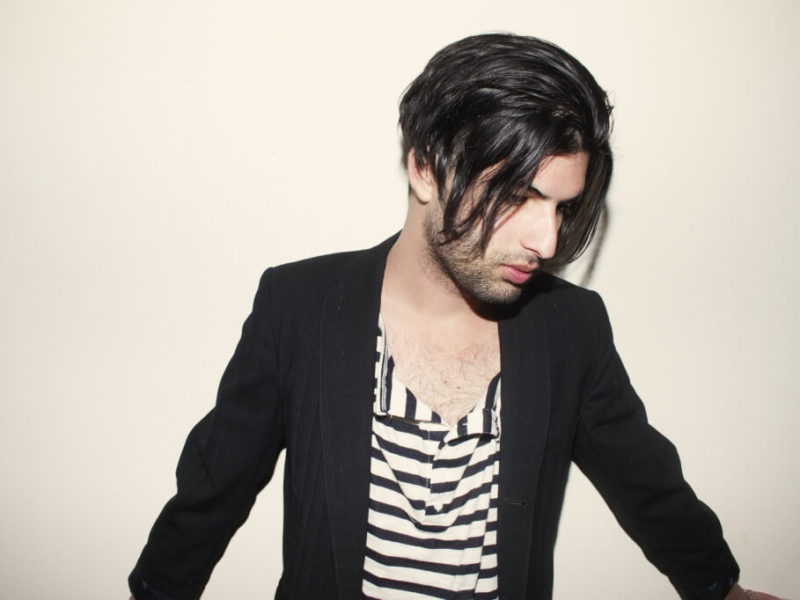 Interview with Chain Gang of 1974

At 17 years old, musician Kamtin Mohager made a list of dreams and goals: sign a record deal, see the world playing music, and much more. At 25, he’s already crossed everything off that list.

“It’s incredible to be 25 years old and to have achieved everything I wanted to accomplish,” Mohager said. “I’ve been doing this band for four years, and it’s kind of weird to have put so much time into it, but it’s actually just starting.”

Critics agree. In March, Spinranked Mohager, who goes by the moniker of “The Chain Gang of 1974,” as one of the 35 must-hear acts at Austin, Texas’ SXSW.  In April, his song, “Make my Body,” was set as the audio track for a 90210/Gossip Girlpromotional ad and chosen for the Scream 4soundtrack within the same week. And next month, he will release his first official album, Wayward Fire, to the public.

Though the album consists mostly of dance-worthy “techno” tracks, Mohager warned that it’s just a sample of his sound.

“I started [Wayward Fire] four years ago, and it’s never sounded the same,” Mohager said. “People call me an electropop band and this and that and I find myself with a lot of electronic aspects, and that’s fine so long as people understand that it’ll constantly be evolving.”

Mohager said this development has allowed him to move past the sound of “Make my Body,” so it’s ironic that his fan base is growing due to the song’s promotion.

“It’s kind of strange just because I’m gaining a lot of fans off a song I will never play,” Mohager said. “I hope none of them come to a show and expect to hear that song.”

Instead, he hopes fans will appreciate the album, which speaks to his own—and many of his listeners’—personal experiences.

“It’s a brutally honest album,” Mohager said. “It’s a living diary of the last two years of my life, which I think is really cool, and God willing, somebody will hear it and be like, ‘Oh shit, I’m a heartbroken man, and I completely understand this song.’”

Although Mohager does empathize with his listeners, he doesn’t see himself as a role model but recognizes the responsibility that comes with fame.

“I smoke a pack a day; I’m not the best role model out there,” Mohager said. “But when you’re doing something that is gaining attention, you do have a bigger voice. And f–k it, that’s great, to benefit mankind is something I’m definitely not opposed to. I like to speak my mind; I’m that kind of person. It may piss people off but why censor yourself?”

This carefree attitude allows Mohager to put himself wholeheartedly into his music, combining his emotions along with inspiration from 80s artists such as Depeche Mode, the Cure and ‘Til Tuesday to produce his own unique tracks.

“I hear a song from one of my favorite bands, and I want to do the exact same thing they did,” Mohager said. “When I do that, sometimes it’s like, ‘Oh no, I totally ripped off Tears for Fears, I’m gonna have to scrap the whole thing,’ but then it becomes my own song. “You need to be influenced by what you’re feeling, whether it’s shit, anger, sadness, depression, jealousy, whatever,” he added.

In addition to listening to as much music as possible and injecting emotion into lyrics, Mohager’s best advice to students looking to break into the music industry is to never give up.

“If you truly love it, do it,” Mohager said. “It’s not an easy road, but there’s something really good about that. You don’t want anything in life to be easy because there’s no satisfaction in that.”

So as this chapter of his hectic road comes to a close, what’s he most looking forward to with this new album?

“To see it on vinyl,” Mohager said. “I’m kind of a vinyl nut, and I’m just really excited to open up that box and see my album permanently engraved on vinyl. You only have your first album once, and I’m very proud of this record. It’s gonna be rad.”