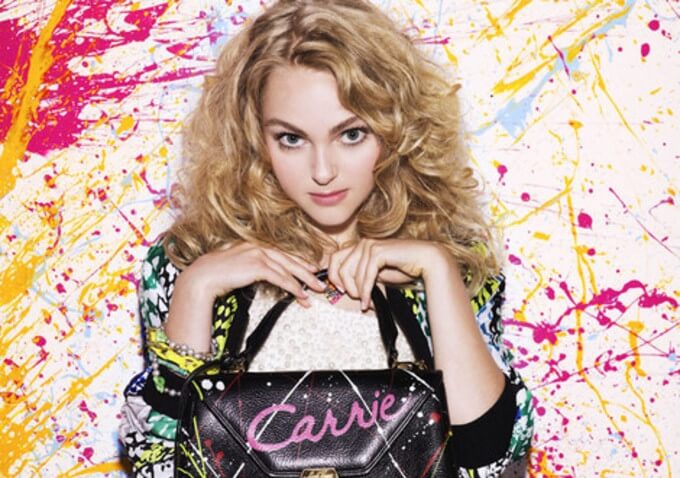 From her vast collection of Manolos to her even vaster collection of men, Carrie Bradshaw had been the envy of women everywhere for six seasons and one too many two films. But who was Carrie before she became everyone's favorite lovestruck glamazon? AnnaSophia Robb stars in the CW's Sex and the City spin-off show, The Carrie Diaries, and opens up to us about what it's like to play Ms. Bradshaw, pre-SJP.

“The show is definitely its own thing,” Robb says. “You’ll know what I mean when you watch it. It’s very different because it’s a coming of age story of firsts,’” she adds.

The Carrie Diaries is a prequel series to Sex and the City, and follows Carrie as she navigates through life as a high schooler. The show is set in 1984, and 16 year-old Bradshaw is living in Connecticut with her father and young sister, grieving over their mother who just passed away. Bradshaw soon finds herself interning at a law firm in her beloved island of Manhattan, where the seeds of her “Sex and the City” self are eventually planted.

When Robb first signed on to the project, she was intimidated by the shadow SJP cast with her version of Carrie Bradshaw.

“I definitely didn’t want to mimic Sarah Jessica Parker because I have a very different energy,” Robb says, “but I obviously watched the show and I want to capture the flavor of the original.”

And the flavor is undoubtedly there. Robb’s Carrie is sweet, charmingly naïve and more than anything, passionate.

“You see it in Carrie’s first love, her first internship as a writer and of course, her first pair of Manolos. Carries experiences things very fully and I wanted to capture that,” Robb says.

Though she’s having a great time with the series, Robb is always looking ahead and is currently thinking about college.
“I’ve only done film in my career so far and I was actually applying to college when this project came around. I don’t think there’s like an age limit for college, so I think I’ll go eventually.”

New episodes of The Carrie Diaries air on the CW, on Mondays at 8pm EST. There’s a new episode tonight—make sure you catch it!
FacebookTweet
Celebrity Advice Life

Previous Post:Maintaining a Post-Grad Relationship: Is it Worth It?
Next Post:Top 10 Non-Football Super Bowl Highlights