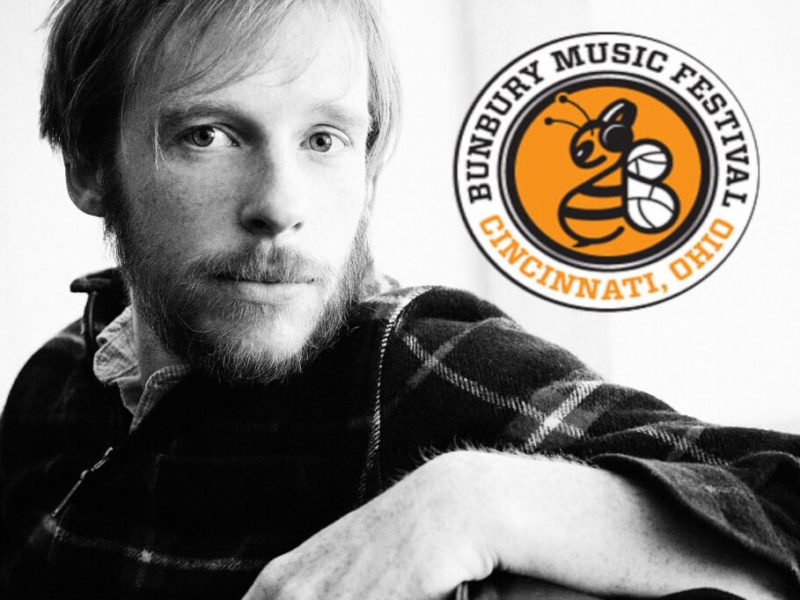 The Best of Bunbury: Why a Mellow Festival is the Best Kind of Festival

Kelsey ThomasJul 24, 2012
Home » Latest Posts » The Best of Bunbury: Why a Mellow Festival is the Best Kind of Festival
FacebookTweet

After conquering a hefty collection of rundown stairs leading to what we guessed may have been the top of the world, my friends and I emerged above Cincinnati, surrounded by skinny, three and four-story storybook homes and ribbon-like roads. Who knew this part of Cincinnati existed?  From Mt. Adams, we finally caught a glimpse of our destination: Bunbury Music Festival.  Music radiated from the sprawling park filled with white tent tops and tiny restaurants on wheels, comfortably nestled in between the Ohio River and a bustling Cincinnati byway.

Here’s the thing.  I’ve never been to a music festival before.  Countless shows, but never an official festival.  The word alone conjures images of sweaty, miserable people packed shoulder-to-shoulder two hours before even catching a glimpse of their favorite band; these people appearing to be pleased with the experience and spending the two hours wisely: posing for iPhone photos.  “Bro, pretend you’re not having heat stroke for a second while I snap this Instagram photo!”

Upon entering Bunbury, it was apparent that our view from Mt. Adams was no mirage.  Bumping into other festival-goers on the sidewalks was a rarity, and pleasantly colored teal port-a-potties were abundant (flushing toilets with real sinks weren’t hard to come by either). A good variety of local food vendors lined the well-shaded walkway, including LaRosa’s and Gold Star Chili.  Whoever had the idea to NOT jack up food prices, high five! Beer certainly wasn’t a limited resource, though I will venture so far as to say the festival was severely lacking in all other varieties of alcohol.  Maybe it was an attempt to keep the mellow atmosphere mellow; the only liquor available was cheap vodka and Red Bull. Ouch.  “Worker bees,” as their T-shirts so cleverly tagged them, sprinkled the grounds, not leaving so much as a fallen French fry to become trampled.   Heat was not a problem, as the river (and a couple of showers) provided a good breeze.  Speaking of the river, the Landor Stage was genius: a giant, concrete amphitheater-style steps circling a stage, the river serving as a backdrop. It was like everyone had front row seats, sans being kicked in the head by crowd surfers while your toenails are simultaneously being torn off by mosh pitters.

For its first year, the festival undeniably brought in some great names: Death Cab for Cutie, Manchester Orchestra, Passion Pit, Weezer, Gaslight Anthem, and City and Colour… just to name a few.  And despite the popularity of some of these bands, the atmosphere during performances was unlike anything I’d ever experienced before.  Not once was I shoved during Manchester Orchestra, leaving ample room to vindictively scream the lyrics and flail my arms like a wild woman from the fourth row back.  Listeners fell in love with Kevin Devine from their blankets on a grassy knoll, but only after he humbly suggested fans in the front should sit down so we could all see comfortably. It was as if the worker bees at Bunbury had injected us all full of concert etiquette upon arrival at the gates.  Whatever it was, it was awesome.

My favorite part was meeting Kevin Devine, who had announced he would be hanging out at a nearby merch tent after his performance.  I had initially decided to listen to Weezer on the lawn but had a change of heart (could have something to do with the fact I don’t know a single Weezer song, though I feel maybe I should) and hastily made my way back to the tent.  The table was dimly lit, not a customer in sight, and Mr. Devine was surrounded by a group of only a few fans.

“I don’t often get to perform in Cincinnati,” Devine says, “ in fact I think it’s been about 6 years since my last show there – so I’m happy to…be part of a pretty stellar three day lineup…  Especially since we learned on [our] most recent tour that you can order vegetarian friendly chili at Skyline,” Devine says about the 2012 festival.

He signed my bicep and hugged me as a consolation for awkwardly bumping into the side of the tent oh… a good three or four times.  Celebrities (er, musicians?) make me awkward, I explained.  I always tell myself I’m going to play it cool, but really… how cool can you play it when you’re approaching another human as if their signature is a nugget of gold?

I do have a few questions about Bunbury’s inaugural year as a whole, though:

– Where were all the hipsters?

– I’ve never seen such a large group of people not dancing by a DJ stand.

– I had no idea the guy from Foxy Shazam had such a strange mustache.

– The fact that a tech-charging tent was deemed necessary made me a little sad.

– For next year, Bunbury creators, bottle that mellow atmosphere.  It’s going to be a hot commodity!

Previous Post:Theyâ€™re just not that into You: Why Employers Never Called Back
Next Post:This App Could Save Your life