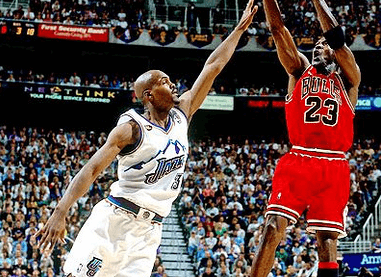 The Best NBA Teams to Have Never Won a Championship

Sometimes, one of the saddest realities in the sports world is that each year only one team can become champion.

Some seasons, when the level of competition is exceptionally high and there is parity in a league, it is heartbreaking to see only one team walk away in glory.  On rare occasions, more than one team deserves to see their hard work pay off in the form of a championship.

Unfortunately, two champions in one year will never happen in any major American sport.  As this current NBA season comes to a close and fans countdown to the Finals, some entertaining and talented teams will soon meet their demise.

Here’s a look back in NBA history at the best of those teams who played great, but were beat out in the end for the championship.

Like other teams on this list, the 76ers this year could have won the championship had a few things gone their way.

In Philadelphia’s case, those things mainly were Magic Johnson, who began his storied career by dropping 42 pointsin game six while filling in for the injured Kareem Abdul-Jabbar.

Still, before the series, the 76ers were impressive on their way to the Finals.  Led by the smooth Dr. J and Darryl Dawkins, Philadelphia only lost two playoffs games before falling to the Lakers.

This Lakers team might be on this list more for reputation than actual performance, but when the team was assembled at the beginning of the 2003-2004 season, they looked unbeatable on paper.

The team combined two superstars only one year removed from winning three straight championships (Kobe and Shaq) with two Hall of Famers in Gary Payton and Karl Malone who had never tasted victory.

What was thought to be a dream team actually turned out to be a bunch of superstars who never quite learned how to mesh properly, but still won based on their talent level.

Unfortunately, the amazing team chemistry of the Detroit Pistons, a group with no superstars, led to the Lakers quick exit in the NBA Finals.

Another Lakers team filled with superstars, Los Angeles in the 1970 season combined three Hall of Famers in Jerry West, Wilt Chamberlain and Elgin Baylor to be the favorites to win it all.

Up until that point, all three of the stars had accumulated plenty of impressive stats, but were notorious for never having won a championship – a fact would not change that season.

West dominated through the year, finishing first in the league in points per game and fourth in assists and got the Lakers got past the Atlanta Hawks and Phoenix Suns to reach the NBA Finals.

With the Boston Celtics, who had beaten the Lakers in the Finals the past two years, disposed, Los Angeles was heavy favorites against the New York Knicks.

The Knicks though, behind Willis Reed’s inspiring comeback from a leg injuryand fantastic play of Walt Frazier, would end up defeating the Lakers in seven games.

When the Sacramento Kings and Los Angeles Lakers met in the Western Conference Finals in 2002, it was a safe bet that whoever won the series would go on to win the championship.

The team, after playing second fiddle to Los Angeles for the past two years, had finally grabbed first place in the Western Conference and home court advantage throughout the playoffs.  It looked like the perfect opportunity to overcome the defending champions.

Yet, it was not meant to be.  Mike Bibby and Chris Webber put on great performances in the series, but the Kings found heartbreak in the end, losing in overtime of game 7.

Many people believe Sacramento could have stopped the Lakers had it not been for some questionable calls by the referees – and Robert Horry being clutch.

Of course, the top team on this list would be the one that had its championship hopes destroyed by the top player in the game – Michael Jordan.

The Jazz had a great inside-out duo in Karl Malone and all-time leading assist man John Stockton.  They had a very good supporting cast surrounding them in Byron Russell, Jeff Hornacek and Greg Ostertag.

And, above all, after losing to Jordan and the Bulls in the Finals the year before, the Jazz were able to sweep the Chicago during the regular season.  Much like the Kings, this team had all the ingredients to beat the Bulls.

The problem for the Jazz was the same problem every other team in the NBA had during the 90’s – no one could beat Michael Jordan in his prime.  No matter what the matchup or how good the team chemistry, no one was beating MJ.  The Jazz were no exception.