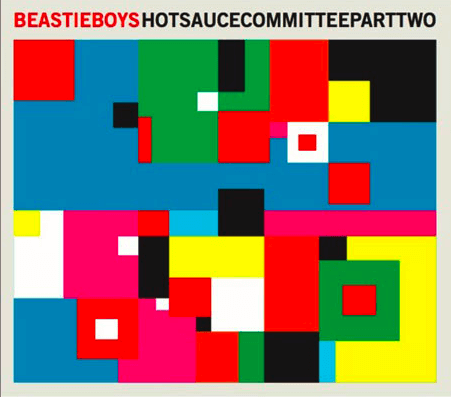 In order to release part two of their newest album “Hot Sauce Committee, Part 2” on time, The Beasties Boys have swapped the original songs (for part two) with the sequence in the first part of the album, which is yet to be released. Wait, huh?

Although the confusion surrounding the album’s release may also confuse you, their music will not. Capitol Records released the Beastie Boys’ eighth studio album on May 3rd, 2011. The album brings the same punk/hip-hop fusion they made popular throughout the 1980s and 90’s. Adam “Ad-Rock” Horovitz admits that most likely part one of the album will be skipped due to laziness.

The fast-paced mash of punk electric guitar riffs, strong bass, and totally unique style in “Lee Majors Come Again” is reminiscent of their beginnings as a hardcore punk/electronic band. After 30 years in the music business they still produce the fusion between punk/rock and rap/hip-hop, and we love it!

The song, “Ok” features an electronic futuristic beat combined with a punk style guitar, but you would never believe that the band “The Cars” inspired it. Michael “Mike D” Diamond came up with the song walking to the studio one morning.

The group is proud to be where they are today. And, as Horovitz bluntly puts it, “Oh, my God, just look at me/Grandpa been rapping since '83!” in their hit single, “Too Many Rappers” he is proud of where the group came from. Their style has proven impermeable. They have not had to stray from their roots, as many musicians do in their careers.

Although, if you are not a fan of old-school hip-hop, don’t count the album out. They collaborate with artists such as NAS and Santigold. And as electric beats and auto-tune become more popular with artists, The Beastie Boys will be at the head of the pack. The group inspired the dubstep beats artists are using today, with Stone Age equipment. Their first track on the new album, “Make Some Noise” incorporates funk with a distorted dubstep sound.

Holding to their unique fashion, the album premiered from a beat box center court at Madison Square Garden, NYC. Just a day before the premiere a the band released a cryptic message via Twitter, that read, “This Sat, 10:35 a.m. EST – Just listen, listen, listen to the beat box.”

Although the future may not have part one of the “Hot Sauce Committee” album in store, we can expect the unique release of part two to hold us over until the groups next venture.

Previous Post:“Never Have I Ever:”11 Things You Should Never Do
Next Post:Real Deal: I Have Cervical Cancer