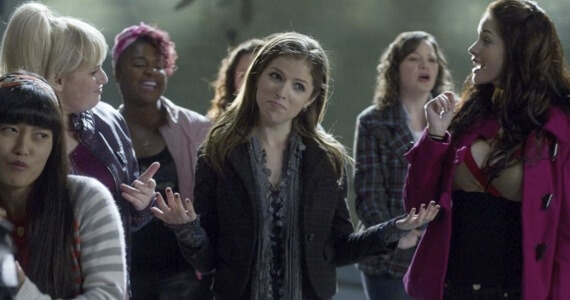 Josh AxelrodJan 11, 2013
Home » Latest Posts » The 2013 Oscar Ballot: College Style
FacebookTweet
The 2013 Oscar nominations were surprisingly close to reality for once. Sure, the Best Director category is a joke and the lack of love for Moonrise Kingdom is depressing, but everything else pretty much reflects how strong 2012 was at the movies. But I wonder: what would the Oscar ballot look like if college kids voted instead of the Academy? I feel like the 18-22 crowd would create something classier than the People’s Choice Awards but more ridiculous than the Golden Globes. Let’s take a look at a few of the categories on this theoretical college Oscar ballot:
Best Picture
I’m going to go out on a limb and say most college film enthusiasts have seen the four actual Best Picture nominees on this list (Argo, Django, Silver Linings and Les Mis). I’m also going to assume that any college kid with a passing interest in pop culture has seen and has a strong opinion about The Avengers, The Dark Knight Rises, The Hunger Games and Skyfall. The other two are just hunches. Plus, Pitch Perfect was by far the most fun I had in a movie theater this year.

Best Actor
This is blasphemy, but I fell asleep during Lincoln. Daniel Day-Lewis might be on his way to his third Best Actor Oscar, but I can’t nominate an actor who couldn’t keep me awake. Cooper and Jackman are the actual nominees that I think would carry over with college kids (definitely college girls). Craig was badass in his third Bond film, Affleck is Ben Affleck and there are enough Sherlock fans out there that Freeman would get love from Bilbo and Watson fans.
Best Actress
Jennifer Lawrence had an amazing year. Her portrayal of Katniss (she nailed it!) was just as impressive as her Silver Linings character. They both deserve some sort of recognition. I have yet to meet a college kid with a bad thing to say about Stone, and she was a solid Gwen Stacy. Johannsson wins points with the boys for that Black Widow body suit. As for Kendrick, well, she did this (skip to the 1:25 mark):
Best Supporting Actor
Just like the real Oscar ballot, this is by far the strongest category of talent. Arkin gets in for the number of times my friends and I have said “Argo f*ck yourself” after seeing Argo. Waltz was just as badass as he was in Inglorious Basterds; the other two Django actors are a tossup depending on what form of racism you find less repugnant (slave owner or Uncle Tom). Bardem was born to play villains and did another fine job in Skyfall. And MacFarlane…well, just watch this:
Best Supporting Actress

Find schools
If the real Oscar ballot had Wilson on it, the race between her and Anne “I Bleed For My Art” Hathaway would be much closer. Fat Amy wins my award for character of the year; it’s not even close. There was a time when Prometheus was the most anticipated movie of the summer, though in the end Rapace’s alien abortion was by far the most memorable thing about it. Anyone who didn’t cry at Rue’ s death in The Hunger Games is soulless. No college Oscar ballot would be complete without a Harry Potter actor, so cheers to Hermione for attempting to do an American accent!
Photo: at Forever Young Adult
FacebookTweet
Life