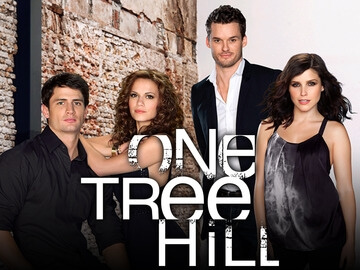 Thatâs a Wrap: The CWâs One Tree Hill Says Goodbye

Alexis BlairApr 5, 2012
Home » Latest Posts » Thatâs a Wrap: The CWâs One Tree Hill Says Goodbye
FacebookTweet
We all know the tune – those three distinct chords that introduce Gavin DeGraw’s soulful crooning: “I don’t want to be anyone other than what I’ve been tryin’ to be lately.” Whether you want to admit it or not, that song takes you back to One Tree Hill. Premiering when most current college students were middle school tweens, the CW’s beloved television drama came to a close last night after nine successful seasons.
One Tree Hill began its run at the same time that another iconic teen drama, The OC, premiered on Fox. But while the upper class world of Newport Beach fizzled out after four seasons, the quaint, fictional town of Tree Hill, North Carolina, has kept fans coming back for more each season.

Originally following the lives of five high school students–Lucas, Peyton, Brooke, Nathan, and Haley–the series followed the group through their junior and senior years of high school in its first four seasons. Season five fast-forwards to a post-college return to Tree Hill, and by season nine, only Brooke (Sophia Bush) and Haley (Bethany Joy Lenz) remained as regular characters from the original five.

When it came time to creating the finale, show creator Mark Schwahn knew exactly what he wanted to do. “I wanted it to feel like a quintessential One Tree Hill episode,” he told HollywoodLife.com. The finale featured moments in Tree Hill’s most iconic places, in the halls of Tree Hill High, in Karen’s Café, and on the river court, all set to a superb playlist, as per usual. Fans anxiously awaited the finale, wondering if it will bring a reunion of the classic characters or a look into the future, but Schwann had something else in mind.  “It wasn’t as much about surprises," he said,  "as it was about spending one last night with the people you’ve known and loved over the years.”
It would be nearly impossible to cover nine seasons of heart-wrenching drama in one article, so I’ve highlighted the nine most memorable moments, one from each season, that have led Tree Hill characters and fans alike to the emotional conclusion of their journey.
Season 1: Brotherly Love
Although it came earlier than expected for some fans, the beginnings of a friendship between half-brothers Lucas and Nathan blossomed on the basketball court.
Season 2: Haley’s Affair
Following the introduction of Chris Keller, Haley cheats on Nathan with the sleazy new character, but the clincher is when she makes Lucas the middleman and asks him to pass on the divorce papers to Nathan. Ouch.
Season 3: The Shooting
The season three finale culminated with the resolution of the high school hostage crisis and the subsequent murder of Keith by, Gasp!, his brother Dan. It was heartbreaking to watch Keith, always the underdog, breathe his last breath.
Season 4: The Graduation

Find schools
Pregnancies, murder confessions and the high school graduation of the five central characters left fans anxiously wondering how, and if, the show would continue after Tree Hill High. Guess what? It did!
Season 5: Lucas and Lindsey’s Wedding
Peyton fans everywhere were glad to see the demise of the relationship between Lucas and Lindsey. It was sad to see our boy get hurt, but we’ve always known that Peyton is his soulmate.

Season 6: NBA
Nathan finally makes it to the NBA after years of obstacles have halted his dream, but the moment is bittersweet as fans predicted that the new career path may have consequences on his relationship with Haley.
Season 7: Good News All Around
The departure of Peyton and Lucas made room for a slew of new characters. The season’s most memorable moment, however, is a tie between some exciting events in lives of two of the original characters: Brooke’s engagement and Haley’s pregnancy!
Season 8: Brooke’s Marriage To Julian
It has taken Brooke eight seasons to find her man, and all the fans that felt her every heartbreak rejoiced when she walked down the aisle to marry her devoted hottie.
Season 9: Dan Scott’s death
Despite his ups and downs over the years and his constant oscillation between hero and villain, Dan’s death after saving his son, Nathan, could not be more tragic. It’s about on par with Snape’s death in Harry Potter and the Deathly Hollows Part 2, and we all know that’s a tearjerker.
Did you catch the finale last night? You know you watched it, even if you don’t want to admit it.
FacebookTweet
Life

Previous Post:10 Trashiest Spring Break Antics
Next Post:MLB: Who Will Play Cinderella in 2012?