Home » Latest Posts » That Itch You Can’t Scratch: Being Attracted to Someone Outside Your Relationship

That Itch You Can’t Scratch: Being Attracted to Someone Outside Your Relationship

It happens to everybody.

You run into a cute guy or girl at a party, or in the elevator on the way to class. You admire them. You catch a whiff of their scent. You’re immediately attracted.

But you’re in a relationship.

A fleeting physical attraction is harmless. Everyone has them – it’s in our nature to be sexually attracted to other people. It’s when that attraction goes further – whether emotionally or physically – that problems can arise.

Where does the line get drawn? What’s the difference between a harmless crush and a potential affair? One anonymous contributor confessed her struggle with the urge to cheat.

It started one night over the summer, when the couple was geographically separated due to work obligations. The contributor was visiting a friend at his apartment when she met his roommate. She was drawn to him instantly.

His good looks, confidence and infectious laugh are what caught my attention. He had that way about him that certain guys do, sure of himself, but not cocky, hot, but not entirely aware of it.

At first, nothing seemed out of the ordinary. No lines were crossed. She had been attracted to guys other than her boyfriend before, and nothing detrimental had happened to their relationship. She brushed the attraction off and decided not to worry.

It wasn’t until a few days later that the situation got risky. 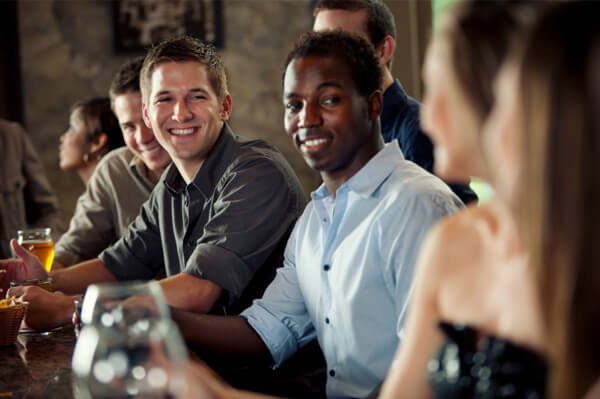 I went back over to my friend’s place to pregame before going out to a bar. His roommate was there, of course, and once again the feelings of attraction arose. We got to chatting during the pregame, and continued talking on the way to and at the bar. The chemistry between us was obvious. We were standing extremely close to each other the entire time we were talking, and it was clear that our innocent conversation had evolved into full-on flirting. At the end of the night, after many drinks, we all headed back to my friend’s apartment. At one point, everyone was in the living room talking, and my friend’s roommate and I were in the kitchen making microwave popcorn. He leaned in and asked me if I wanted to see his room. After a moment of hesitation, I calmly told him I had a boyfriend. He said, “You certainly don’t act like it.” At that point I felt extremely guilty. We both returned to the living room and kept our distance for the rest of the night.

The attraction that this contributor felt to her friend’s roommate went beyond simply thinking he was hot, she admitted. Her lust for him reached inappropriate levels for someone in a relationship, and she still feels the guilt. Even though nothing physical happened, emotional intimacy of that night was enough to cause this contributor to neglect her boyfriend and consider perusing another guy, if only for a few hours.

It felt like I had cheated, even though we didn’t do anything physical. An emotional affair can be just as harmful. To this day, I haven’t told my boyfriend how tempted I was to sleep with someone else. But I learned my lesson. The guilt I still feel for coming so close to cheating is enough to keep me from ever getting that close with someone other than my boyfriend again.

Next time you find yourself attracted to someone other than your significant other, make sure you think seriously about what you could be doing to hurt him or her. A step too far could lead to a regrettable decision. If a pattern develops, it may be time to reconsider the status of your relationship, but cheating is never okay.