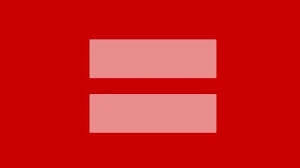 While the Supreme Court discusses an issue this week that has America waiting on the edge of their seats, many are turning to social media to voice their own opinions and share images, quotes, and articles about the meaning of marriage. The nation’s highest court is debating on the topic of “equal protection rights,” and whether the Defense of Marriage Act is unconstitutional.

“Social media has played an interesting role in this process,” says Katelynd Nadolski, a communications senior at Central Michigan University. “It's incredible to see the amount of support for LGBTQ rights—it's inspiring, and reminds me that all of us together will make a change, because at the end of the day we are all on the same team.”

Katelynd, a member of Sigma Sigma Sigma, believes if Prop. 8 were to pass, it would be a huge step towards equality among the human race. “Everything has got to start somewhere, and with the effort, patience and passion of the people, equal marriage rights for the gay community will be achieved.” She wants to see her best friends and family have the same opportunities that she has, especially when it comes to making the commitment of marriage.

Prop. 8, which restricts same-sex marriages, was passed in the In the November 2008 California State elections. The bill took effect immediately, but did not affect same-sex marriages prior to Nov. 5th of that year. Almost four years later in February 2012, the proposition's ban on same-sex marriage was ruled to be unconstitutional. Today the bill is being reexamined on the courtroom's floor, but many are unsure of its outcome.

“After listening to the arguments, I have no idea how the court will rule on Prop. 8. There are many different ways they could proceed with the verdict. We could see a ruling that strikes down Prop. 8 and gives the people of California–or the U.S. depending on the decision–true marriage equality or a ruling that upholds the decision and sets our country back,” says Michael Keys, an intern at the Michigan House of Representatives and President of the Clinton Township Democratic Youth Caucus. He also says another outcome that has been mentioned is the court dismissing the case completely.

For Janelle Moulding, a junior at Michigan State University, the decision made by the court could make her dreams to marry the woman she loves a reality. “It amazes me that we call ourselves the home of the ‘free and the brave,’ but we aren't. I am a citizen, I am not free and the government is not brave. Right now, I don't have the right to marry the person that I want to,” says Janelle, an arts and humanities major.

As a resident of Michigan, Janelle hopes the long-term change is leading to legalize same-sex marriages everywhere in this country. Along with many other Facebook users, Janelle changed her profile picture to the red Human Rights Campaign image to show her support for equality. “We have seen over the last few years how social media can help lead a revolution. When it comes to this topic, it has given people a voice. It has helped with the spreading of knowledge. I can make a political stand with my profile picture,” she says.

Janelle also hopes that awareness will help the over-all acceptance and support of marriage equality. 58% of this country supports legalizing gay marriage, but she says this is simply not enough: “We need everyone in this country to support love: heterosexual, homosexual and everything in between. I hope this helps the mantra ‘love is love’ become a reality in this nation, rather than a rally slogan.”

Previous Post:Have A Very College Passover
Next Post:Shakira and Usher on The Voice: How Did They Do?