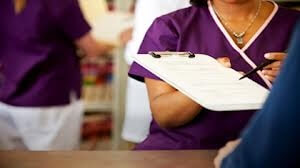 Most students won't do cocaine in college, let alone get paid for it. But at King’s College London, the university is offering students the chance for both.

KCL sent out an email last Thursday asking students to participate in a cocaine study. The researchers are looking for healthy males between the ages of 25-40 and are offering “reasonable financial compensation.”

The catch? Recreational drug users are not allowed to take part in the study and participants will not be allowed to cut or dye their hair for 120 days during the follow-up period.

According to the Daily Mail, a spokesman for the prestigious university said the study has legitimate purposes. “This is an important scientific study to investigate how cocaine and its metabolites are spread through the human body,” he said. The study is being supervised by the Clinical Toxicology department from St Thomas’ Hospital in London and has been approved by the London Westminster Research Ethics Committee.

Emily Richardson, a freshman at George Washington University majoring in biomedical engineering shares her thoughts on the matter: “On one hand, I love the fact that KCL is so open about and supportive of this study,” she says. “Research with illegal substances is often frowned upon, but is completely necessary for us to advance our knowledge of not only treatment options, but also addiction-busting techniques.”

Undoubtedly, the study still raises ethical concerns. Will Coldwell, a freelance journalist for The Guardian and The Independent tweeted “Kings College invite[s] students to take cocaine for medical study, but is it crossing the line? (Pun def. intended)” shortly after the email started circulating the internet.

Like Coldwell, Richardson also recognizes that asking students to participate in the study may not be a smart move for the university. “On the other hand, I don't really think it is appropriate for KCL to send out this message to their student body in a way that seems to condone drug use,” she says.

According to the Daily Mail, 700,000 people in Britain used cocaine last year, making it the second most popular drug after marijuana. Barstool Sports, a Boston-based satirical blog suggests that this may be one of the motivations for the study: “[They] probably have 4 campus Rent A Cops and a college administrator standing in a room next to a pile of blow just waiting to put you away and clear out the drug problem in school in one fell swoop.”