You are here: Home / Life / Academics / StudentHacks: Investigate Your Professor…Before it’s Too Late

My freshmen year, I was a naïve science major who hoped to push through prerequisite courses while exerting as little effort as possible. I locked in that low speed and was prepared to cruise my way through all of the courses that didn’t interest me. One professor dared to stand in my way, forcing me to pump the brakes.

English 101 is a rite of passage for the American college student. I wasn’t worried. I felt confident enough in my ability to form a sentence. The period goes at the end (unless it’s a question), right? Speaking conservatively, my English professor was the worst human being I had ever met, and I realized this the first day of class. It began with a speech, delivered in monotone and with such conviction, in which he told us that we would spend the semester unlearning everything we knew (or thought we knew) about the English language.

A couple weeks into the semester, after the deadline to drop a class had passed, a friend of mine told me about my professor’s unflattering nickname. He was called, “Professor Fail’em.” People thought it was really clever because it rhymed with his last name and it aptly conveyed his knack for failing even the most devoted students.

Things got worse after that. On what my professor called Judgment Day, our first essays were projected onto the overhead for all to see in a kind of public grading exercise. Oh, the scrutiny we faced that day. It seemed to me that shame was his favorite method in his process of “unteaching” his students. After Judgment Day, we were paired up and asked to debate the meaning of selected poems. I always thought poetry was subjective, but I was wrong. My professor determined what they meant to us. And a few weeks after our poetry sessions, we had to act out scenes from a play we read. If our performances were less than deserving of a Tony Award, my professor took points off our grade.

I pushed through the course and finished the semester with a C on my transcript and no remaining knowledge of the English language. I did learn one thing, though. I learned how necessary it is to research your professors before it’s too late.

Before I sign up for classess I investigate my professors any way I can. My go-to is Ratemyprofessors.com, a review site where college students can freely leave ratings or read reviews of professors from thousands of colleges and universities across the country.

In my experience, the majority of decisions that I have made using this website as a guide have not disappointed me. Despite the fact that anyone with a computer and access to the Internet is capable of leaving an anonymous review of a professor, I believe almost all of the reviews are genuinely from students who have taken a class with the professor he or she has reviewed. I shudder to think there are people out there who enjoy rating random professors in their free time.

Another cool feature of this site is their annual list of highest rated professors. I actually had a professor who made it on to the list a couple years ago (#18 below). I liked her class so much I emailed her a link to the website with the subject line, “CONGRATULATIONS!” And she deserved it, making a genetics class enjoyable and easy to digest.

While I personally favor ratemyprofessor.com, there are plenty of other sites out there at your disposal. Myedu.com offers help with schedule building, job hunting, as well as student reviews of professors. I read profiles on both sites for some of my favorite professors and found the information comparable. Both ratemyprofessors.com and myedu.com appear to have an active student base of contributors. The professors I researched averaged around 8-12 reviews. I am pleased to report that all of my favorite professors received satisfactory reviews.

If my research isn’t enough to persuade you to get involved with student reviews, I’ll have to jump off my soap box and get real.

Reading the reviews left by former students can provide you with insight on the eccentricities and academic policies of the professor who’s teaching a class you’ve signed-up for.

These websites don’t only help inform your choices in registering for classes. They might actually protect your sanity. I don’t know about you, but I’ve wrapped up a class here or there and been left with feelings of extreme rage.

You’ve felt it, haven’t you? It’s that feeling of residual scorn after finishing a class with a particularly frustrating professor— a professor who was especially hard to please, spent too much time lecturing, or liked to put you on the spot like my Professor Fail'em.

As I’m sure we’ve all had professors who deserved a hard slap of student honesty, I can attest to the infinite value of a good professor— a professor who worked especially hard to help you understand the tough concepts or one who generously supplied opportunities for extra credit.

This is what makes the reviews worthwhile. They give students a platform to voice their opinions, stamp-out the injustice of inadequate teaching, and highlight the professors who work hard to improve the minds of America’s best and brightest.

It’s for the good of all our college students. Someone has to warn the freshman, right? The freshman who just powered through the-gauntlet-of-despair that is the typical American high school experience. Let us, as upperclassmen do our part to make their transition easier in the hopes that they will pay-it-forward to subsequent generations.

You have the power to advocate for your fellow student. Use it.

One of my professors from last semester, David Wyatt,  told our class, “You take a professor, not a course.”  If someone I trusted gave me this advice as a freshman I’d like to think I would have actively scoped out my professors ahead of time.

While I firmly believe there is great value in reading student reviews, there are a couple other ways to make informed decisions come registration time.

You may, for instance, want to get a feel for the professor’s personality. We each learn in different ways, and your ability to learn may be facilitated or impeded by the quirks of your professor. That’s why you’ll occasionally hear a bad thing spoken about a teacher you adore.

If you want to get a more intimate glimpse of a professor, just schedule a meeting. Begin with expressing your interest in their course and ask why the professor teaches it— every professor has his or her own academic interests that influence how a course runs.  From what I’ve learned, professors want to see an effort from their students. A one-on-one visit will give you a chance to get a feel for a professor while demonstrating your dedication as a student.

I realize that some students are more inclined to speak openly with professors than others, but that shouldn’t get you down. You can always speak to an advisor during a mandatory meeting. Advisors (who often have experience teaching) know the ins and outs of a professor’s personal style and can guide you according to your own preferences.

Whatever you do, don’t dive into a class blind. Do your part to ensure your own success by making use of the technology that is afforded to our generation. Or you could do what the older generations did and go out there and talk to people. My advice is to try both. You never know what you might learn.

Get more studenthacks and get ahead. 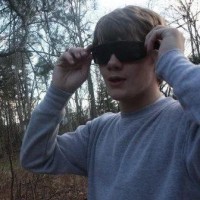 How to Talk to Your Partner About Getting Tested for STIs
Next Post: The Weekly Top 10 Best of YouTube Pranks