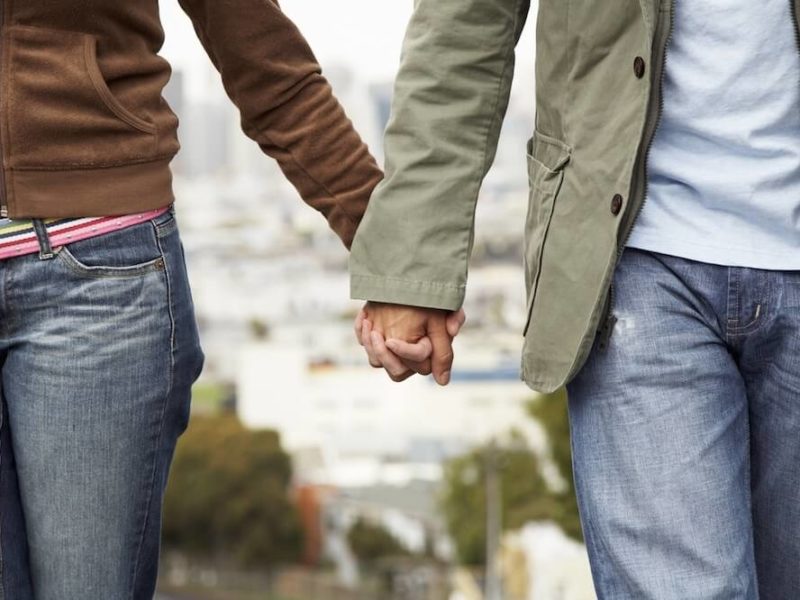 Don’t give too much of yourself away. I’ve seen it happen to others, I’ve done it myself, and I’ve finally learned to stop. When you’re crazy about your significant other, it’s tempting to pull out all the stops to dazzle your partner. But just like any other partnership, your relationship with your significant other should be a compromise.

Take Patrick, for example. A super smart, lead singer in a band who had written killer lyrics just for me. Unfortunately, he also lived two hours away, and he couldn’t be bothered to drive to see me all that often. 3,000 miles on my car, and $400 worth of gas later, I realized that I had been wasting too much time, energy, and cash just to go to his shows. It would’ve been okay if he had gone out of his way for me once in a while, but instead, I remained sadly disappointed. We had a great relationship as far as chemistry was concerned; however, it took me way too long to figure out that I was simply giving so much more than I was taking, and I was losing sight of myself in the process.

The women of 2012 are becoming increasingly braver and bolder. I respect and admire any woman with the confidence to take the lead in a relationship, mostly because it was formerly considered the man’s job to lead. Ask a guy out! Plan a date yourself! It’s exhilarating. Just keep this in mind; it’s difficult to know how much is too much, and when you’re missing out on the thrill of being courted.

For instance, when out on a first date, it’s considered respectful to do the “fake reach” when the check arrives. Surely just reaching for a wallet makes you look as though you’d like to help pay part of the bill, right? It makes you look thoughtful and considerate, right? Wrong.

There are two main issues here. First, a lot of guys might assume that if a girl offers to pay, especially on a first date, this means she isn’t interested, and doesn’t want him to feel “entitled” to anything post-date. Secondly, what will you do if he actually lets you pay? America’s top online matchmaker Janis Spindel once set up a woman on a date who offered to pay the check; to her surprise, her date said yes! The poor woman got stuck paying $116 for a terrible dinner date, but learned her lesson.

On the other hand, this hardly means you should mooch. Instead of feigning the intention of paying on your first time out, take it upon yourself to pay for the second date. Plan the entire night – maybe a picnic, or a trip to a local museum; it doesn’t have to be expensive, but should be well thought-out and interesting. Even the richest man in the world can appreciate a woman who doesn’t mind spending a bit of cash here and there. It doesn’t matter how much you pay, it only matters that you occasionally do. Remember ladies; don’t let yourselves get taken advantage of by trying too hard. Balance is an integral part of any relationship.

And furthermore, remember that a relationship is not all about the finances. I’m a big proponent of tiny gestures. Order your boyfriend his favorite pizza as a surprise. When you see a shirt that would look great on him, pick it up and give it to him for no reason. Little actions like these mean the world to someone; it’s great just to know you were thinking about him! Hopefully, this will demonstrate that you care about him, and any fear of showing his feelings will vanish. If he’s not reciprocating, stop waste your time. As someone who’s fallen into that habit before, it’s upsetting to keep hoping for him to return the gesture and never see the effort. So try the “little things” method with your next partner; if it’s clear that he’s not into the “little things,”  don’t waste your time (or cash.)

Everything in life is a give and take; just make sure you’re not always the giver. Charity and thoughtfulness are great, but a relationship is no place to take advantage of.

Previous Post:Who Says You Canâ€™t Go Home (But do you really want to?)
Next Post:Happy Birthday, Amurrica!