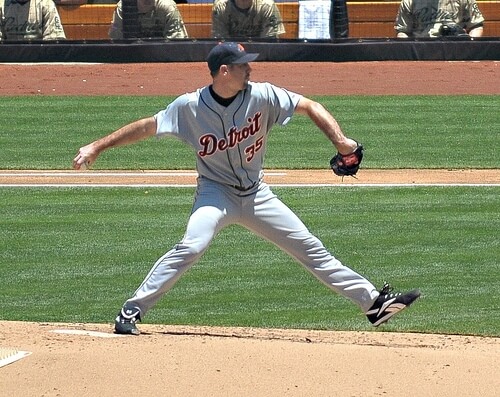 Storylines for the End of the MLB Season

Will Stephen Strasburg return to him dominant self after Tommy Johns?

There will be tons of fanfare surrounding the return of possibly the most hyped player in baseball history.  We will see if the loony media rules protecting Strasburg pay off and if he reaches the potential everyone talks of.  Considering Strasburg had a scoreless outing last Saturday and his fastball topped out at 98, he should be fine in the majors.

The Red Sox just have too much talent to lose the lead in the AL East.  With the blemish in their rotation known as A.J. Burnett, the Yanks will have difficulty catching the Sox.  Unless A.J. Burnett starts pitching near no-hitters, his struggles will continue and he should and will be pulled from the rotation.

How Will the New Teams of Stars Will Fare in the Playoffs?

It will be interesting to see if the Phillies ridiculous starting rotation of Halladay, Oswalt, and Lee can dominate in the postseason.  As of right now, Lee, Hamels, and Halladay all have ERA’s under 3.00.  Oswalt has been the “disappointment,” if you can call it that, with a 3.77 ERA.  With Hunter Pence in the lineup, the Phillies should have some solid hitting as well.

The Red Sox lineup of all-stars has started to flourish over the past few months.  Carl Crawford has shown life with his eight game hitting streak. Crawford paired with Ellsbury. who is having an incredible MVP-like year, could provide the speed that puts the Red Sox over the hump in the playoffs.

Can Justin Verlander Continue His Incredible Form and Compete for the MVP Award?

Verlander has been absurdly good this year with a 2.38 ERA and already has 20 wins.  Some could argue that he is the most valuable player in the American League, but Jose Bautista’s power will most likely defeat him in the final voting.  It should be an intriguing finale.