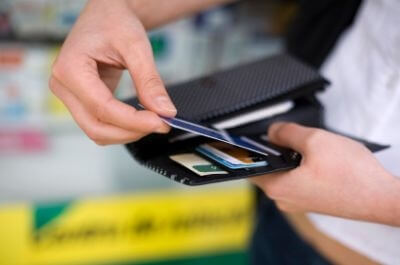 You can’t find your bank card. Your stomach drops deep into your gut. You reach into your pockets or dig through your purse trying to find that piece of plastic. You ask yourself, where is it? When was the last time I used it?

Have you ever misplaced your credit card and feared the worst? New technology could soon have you using a system that you couldn’t possibly lose: your finger. According to a report on CBS8.com, students at the School of Mines and Technology are participating in one of the world’s first Biocryptology experiments. By using a special pay pad at two shops on campus, the students can make purchases by simply swiping a finger. The machine can then use the students' fingerprints to verify their identities and access their banking information.

Having a machine scan your fingerprints is old news to most of us. But what sets this experiment apart from the rest is that the new device not only reads fingerprints, but also checks to see if there is a pulse. The non-intrusive detection acts as an additional safeguard for people trying to fool the machine (think spy movies where thieves cut off someone’s finger to try and open a safe).

So why was Rapid City, a relatively unknown town about 25 miles from Mount Rushmore, selected as the guinea pig for such a high tech study? Al Maas, president of Nexus USA and one of the individuals who helped patent the technology, grew up not far from Madison, S.D. and wanted his home state to be the first to experiment with the new device. The location was also a good indicator of how the technology would be received in other parts of the nation. “I said, if it flies here in the conservative Midwest, it’s going to go anywhere,” Mass told CBS8.

The college’s associate vice president for research-economic development, Joseph Wright, said the students at the School of Mines and Technology are all STEM majors and are therefore naturally inclined towards technology. When Maas first introduced the concept of cashless purchases this winter, about 50 students volunteered to participate. "There was some hesitation, but the fact that it's the first in the world — that's the whole point of this school," said Brian Wiles, a 22-year-old mechanical engineering major. "We're innovators."