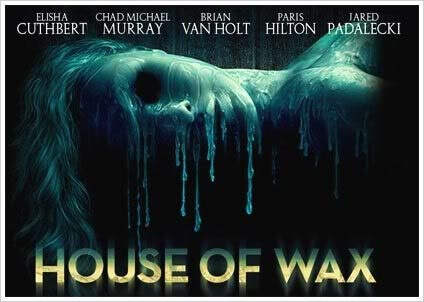 Chances are when you think of a great horror movie, classics like Psycho, The Shining and Frankenstein come to mind. This list is quite the opposite. In fact, these horror movies are so bad; they probably have Hitchcock turning in his grave. Whether it’s the excessive gore or horrible acting, these horror movies severely miss the mark.

This movie has two things working against it before it even begins. First, the movie is a remake and we all know these tend to be nowhere near as good as originals. Second, the movie stars Paris Hilton, whose acting is questionable at best.

This is one movie you definitely need a strong stomach for. The film’s premise centers on a mad scientist whose goal is to create a human centipede, created by connecting three people’s mouths to their rectums. The worst part? A Human Centipede 2 is already in the works.

This movie deserves a spot on our list for the concept alone. It takes an adorable and delicious character, the gingerbread man, and tries to make it a terrifying villain… the result is dreadful.

Creativity is a horror movie must and FearDotCom seriously fails in that category. This movie is basically The Ring but instead of a videotape you’ve got a website.

Friday the 13 sequels haven’t been very good in general, but this one is perhaps the worst. They tried to change things up by placing Jason in the year 2455, but we just don’t buy it.

Making a remake is bad but making a bad remake of a Hitchcock classic is much worse. The only innovative part of this movie is the color, so you’re much better off watching the original instead.

Another remake, another failure. The only way this movie counts as a horror film is the excessive blood and violence, otherwise it’s just a huge waste of time.

With a story that makes no sense, this movie is just a mess. It’s hard to be scared when you’re too busy trying to figure out what the heck is going on.

With bad acting and a predictable story line, there’s nothing good about this movie. The only reason to watch this movie is if you really need to kill a few hours and you’ve exhausted all other options.

Previous Post:Just for the Night?
Next Post:Hooking Up: What does is Actually Mean?