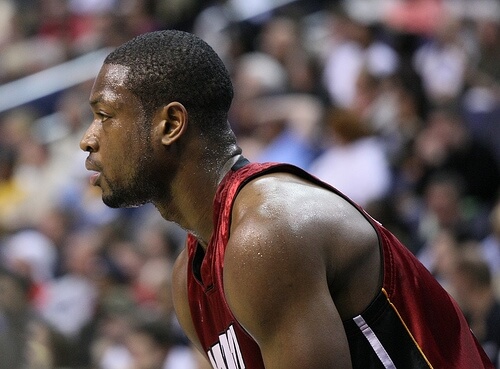 Most basketball fans in the United States view LeBron James as the villain. But apparently Dwyane Wade is a bit envious.

Wade told ESPN that NBA players who represent the U.S. in the Olympics should get paid. Like college basketball players, the amount of practice time players devote to the team and the revenue generated from their jersey sales should warrant some form of compensation.

To represent your country on an international stage, where gold medals and civil pride hang in the balance, is a privilege that most sports fans could only dream of accomplishing. Wearing the USA on your chest, competing against the top talent in the world and being rewarded with a medal that says you’re country was better than every other country in the world should be enough fuel to play on your country’s squad.

Would you play harder if you received another check in the mail? Dwyane, was the $15.5 million contract you signed two years ago not ginormous enough? Or – yes, I’m ripping out the patriot card – do you not love America enough to spend your summer playing some more basketball?

Similarly, college hoops players are blessed with an opportunity – a rare one, at that. As a former high school athlete, I would have loved to be skilled or tall enough to continue my athletic career in college. No, but fortunately they have flag football leagues for me.

Players like Anthony Davis of Kentucky or Austin Rivers of Duke headlined the freshmen class in 2012. Next year they’ll do the same at the professional level. 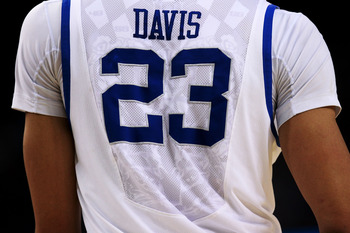 Of course the one-and-done thing is an entirely separate issue, but because they chose to wear the Wildcats or Blue Devils jersey for one year and fans went bazerk and purchased their jersey, should they have received compensation?

Sure, Davis proved to be the best player in the nation. And everybody in Lexington went out and grabbed a blue No. 23 jersey to display their support for the team’s superstar. But at the collegiate level, players are components of the teams. That’s the biggest difference between college and pro hoops.

College players are not only players; they're students. They have the opportunity to stay at their university for four years and receive an education. And for most of us, an education usually translates into a paycheck.

Like being asked to participate on Team USA, it is an honor to be the face of a program and represent your team on the court night in and night out. To win a gold medal is the equivalent of hoisting a national championship. It’s an honor we all clamor for, and because most of us are unable to embrace the opportunity we put our heart and soul into rooting for these athletes to succeed.

But, Dwyane, if international pride and being a hero to basketball fans both young and old is not enough for you, maybe we can start writing you paychecks each summer. My apologies for thinking some matters don’t require extra cash in your pocket.

Previous Post:How Sports Can Get You Laid
Next Post:The Raunchy Sex Comedy We Love: CM Interviews “Kevin” from American Pie