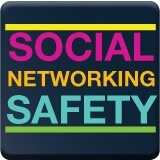 Social Media: The World Is Watching

Madeline MonacoApr 9, 2012
Home » Latest Posts » Social Media: The World Is Watching
FacebookTweet
We hear about it all the time: someone getting rejected from a college because of a picture of them drinking on Facebook; reporters getting fired because of controversial tweets; venting on LinkedIn about a former employer.
Social media really is a privilege, not a right. Our generation has adapted to it. Relationships don’t seem official until they are on Facebook, our resumes are out there for future employers to see via LinkedIn, and we avoid face-to-face confrontation by Tweeting to one another. We need to make sure that we do everything we can to remain responsible while still expressing ourselves.
No harm, no foul

Of all of the schools that acknowledged looking at students’ Facebook accounts during the admissions process in a survey of 500 top colleges conducted by Kaplan, 38% said that what they saw “negatively affected” their views of the applicant.
“Keep it clean – no cursing, no blatantly drunk pictures. Definitely no solo cups or beer cans, but that’s easier said than done,” said College of the Holy Cross freshman Kristie Coleman.
It’s true that sometimes people will give you grief about taking something down, but in the end, it’s better to get any evidence of that picture erased than let it jeopardize you in the future. And with the convenience of Facebook, all they really have to do is click a few times. No harm, no foul.
One thing that you can do to maintain a scrapbook of photos on your Facebook account is to use your security settings. Facebook doesn’t have to be about what others will see you doing; it can be a way to make a virtual album of your times with friends.
If you wouldn’t say it to their face, don’t put it in writing
"I think it’s important to remember both the purpose of social media and whom you are reaching with your posts. This media is a tool to share information and connect with others, not to rant about your personal problems,” said Elon University freshman Natalie Beach.
She suggests to keep a private diary and to not use Twitter as a means to vent. In order to give yourself a guideline, ask yourself if a comment you write on the Internet is something that you would say in person. If it isn’t, you’re better off keeping it to yourself.
‘Parental’ Approval
Natalie went on to say, “Once your words are out there, you have to take responsibility for them.” Once you put something on the Internet, it’s available to anyone. Even if you have a friend delete a picture of you, someone could have either dragged it to a desktop or reposted it somewhere else.

Find schools
Now, I’m not trying to scare you into keeping your Facebook profiles G-rated or not expressing yourself because you’re afraid of the consequences. We all know how to have fun without influences. But, these are simple mistakes that we can all avoid.
As Notre Dame freshman Katie Coleman said, put it to the “parents” test: if you wouldn’t want your parents looking at it, you won’t want future employers seeing it, either.
By being meticulous about social media – the photos you upload, the pages you “like,” the comments you “retweet” – you can still be you while avoiding incriminating yourself.
Photo: at http://internet-safety.yoursphere.com/
FacebookTweet
Life