Smart App Helps You Get Lucky

When people refer to “the college experience,” they are typically referring to dorm life — you and your roommates are thrown in a room and will come to know way too much about one another. But the lack of privacy is something that no college dorm-inhabitant wants to deal with, especially if it blocks opportunities for sexy time. That’s where Jordan Bradley and Zak Crapo save the day.

Bradley is an Interaction Design major and Crapo is double majoring in graphic design and sculpture. Together, the two Maryland Institute College of Art freshmen developed an app called Sendasock, and the idea behind it is a long time coming.

Sendasock is a free iPhone app designed specifically for college students and young adults who live with roommates in a dorm or apartment. By sending a sock, you let your roommates know when you want privacy and for how long. The first version, which has since been updated, launched back on March 11. 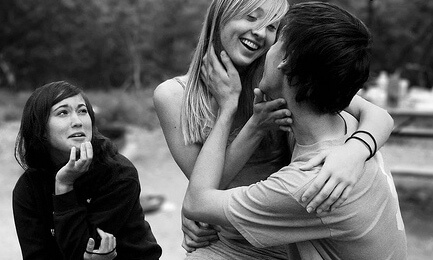 “I had a meeting with a programmer where he mentioned being able to schedule your room out. I said that wouldn’t work because of, you know, if you’re having sex it’s spontaneous and you don’t want to have to plan it out,” said Bradley. “So we talked about the idea of putting a sock on the door and I said, ‘You know, it would be easier if you could just send a sock and we started working on the app from there.”

It’s definitely not a bad idea, anyone who has been walked in on by a roommate would agree. And let’s face it, when your living in the dorms, privacy, for sex or anything else, is hard to come by. So no wonder the app is starting to see it’s fair share of success.

“We are approaching 400 downloads, and then we have retention… We like to look and see who is talking about it,” said Crapo. “We’ve been approached by College Humor about it, Brooklyn United and we’ve had reviews written about the app.”

So how does Sendasock work? The big thing is that you and your roommates all need to have the app, a reason the Bradley gives for the app being free to download. 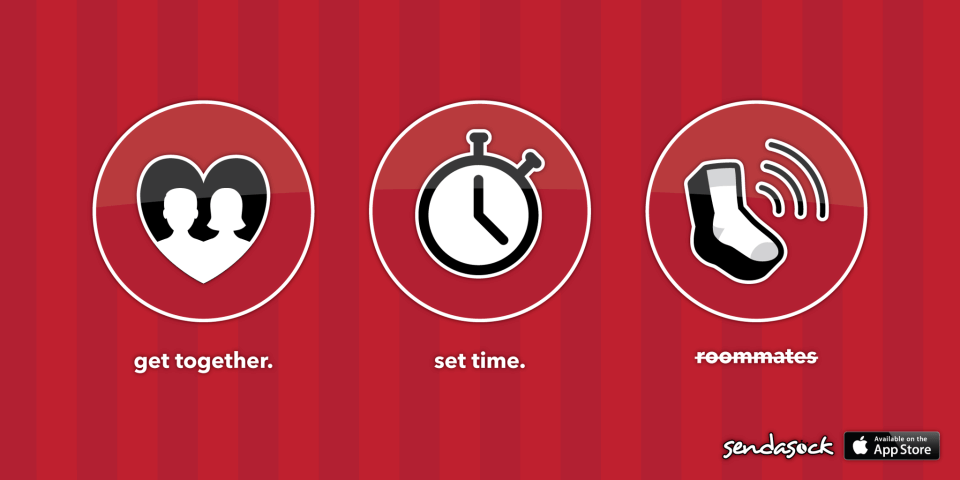 “We really wanted it to be something that everyone could use. And the app only works if your friends have it.”

And then once your friends have downloaded Sendasock, you’re period of dorm sexile (sex exile) can come to an end. Your girlfriend and boyfriend comes over and things start to pick up and get steamy. You send a sock to your roommates to let them know the room is off limits. The socks have timers, the standard one set at 45 minutes. But you can set the time from anywhere to one minute to an hour and a half. Although I am not sure what can be accomplished in a minute, a too-quicky?

These two freshmen did more than make their own lives easier; they made “the college experience” a lot more practical. Whether you send a sock because you’re about to have sex, or you’re in the middle of a sentimental conversation with a friend, you no longer have to tiptoe around someone else in your own living space.

Because let’s face it, the real college experience can’t always happen when you’re roommate is right there beside you.