You know that one person (or several, frankly) that sits on the edge of your class discussion circle and does nothing to move the conversation forward? I do. Because I belong in this category—those who project quietude and reservedness as their defining outward trait. In any group of over five, especially amongst mostly strangers, my mouth locks up and my words disappear. Like a control tower that loses a plane’s signal, my brain struggles to hold onto the direction of my thoughts in speech.

As long as I can remember, “quiet in class” featured as the recurring cast member in all my report cards. Naturally, over the years I absorbed that note as an inherent feature of my character, unchangeable yet simultaneously undesirable. School rewarded those who spoke up and met participation expectations, yet never actively encouraged or helped the quieter ones do so. Classmates who raised their hands in front of a class of 30 and spoke with clear volume acted with bravery, because they had it in them. Though I sometimes wanted to answer a question, I didn’t because I believed I lacked courage, resolve or just plain old ability.

Though my treatment of my outward silence as nothing but a flaw dissipated with age and a more nuanced understanding of character, I do now wonder how much of this trait functions as personality and not an adoption of perceptions reinforced to me by others. At 17, the first time I met my first ever tutee, a four-year-old child who lacked a proper school life due to Covid-19, he shrunk away from my approach and clung to his mother’s legs like a stray vine. It came off as incredibly endearing and relatable to me. Without thought, “Oh, he’s shy” rolled off my tongue. His father quickly and politely corrected me, informing me that they don’t use “shy” to describe the child’s behaviour.

I remember standing there, baffled as the child snuck curious glances at me behind his human cover. We shouldn’t call children shy? It sounded like new age parenting nonsense that served to protect a child’s self-esteem above all else. As I thought harder about the idea and the little boy emerged into open space under his father’s coaxing though, I started questioning all the instances in my life in which I feared speaking or taking action. How many of those involved arriving at the conclusion that a particular activity didn’t belong to me or existed outside my ability—despite my genuine desire to pursue them? Would I do anything differently if I took my fear as a natural outcome of facing the unfamiliar rather than my unique fate? These questions floundered in my head over that summer. They made my previous opportunities feel like such a waste. Maybe in an alternate universe I would do so much more—speak in front of crowds and run for student council and make friends upon the first encounter.

However, perhaps there exists a better question to ask: does any of this actually matter?

Because now I think back to that boy, who after a proper introduction babbled on and on about his love for sharks. In the short time I tutored him (about non-shark things), he began every session listing at least 10 types of sharks with names a four-year-old normally couldn’t pronounce. When I introduced Cantonese words to him, he repeated the words back, unassured but willing. He showed me all his favourite toys and giggled unabashedly when I held up a turtle and pretended it would bite him. In comparison to all his other characteristics, shyness became as insignificant as a pea.

In the end, it didn’t matter if he shied away from me at the beginning, because he liked to listen and learn.

I find that I act similarly. I struggle to establish myself in spaces where others’ intelligence bounces off the walls and glides across the discussion floor in eloquence. The moment a conversation with a stranger ends and I turn to a friend, my voice leaps in volume. At 3 a.m. in the comfort of my apartment, facing my one roommate, I talk about narrative structures and characterizations in the shows I watch 10 times more articulately than I ever do in class. Nevertheless, I care about what we learn and what people say, and my thoughts don’t devalue if they go unspoken once or twice.

Instead, I can always play to my strong suits. Not speaking a lot makes room for more attentive and precise listening, a precious skill in a world where a million things leap to capture your attention. In many group settings, I recall my ability to draw attention to something that happens on the periphery—an incoming phone call, a young cousin asking for help—because my ears remain open to my surroundings. This doesn’t mean I won’t work on speaking up, however, since it can only benefit me. Though it often manifests in an occasional awkward, regretful raise of the hand, once I finish speaking and my thoughts make their way in the air, I always end up okay and a little proud.

Miranda is a junior at UC Berkeley studying English and Creative Writing. She spends most of her time thinking about her favourite fictional characters. But don’t worry, she likes real people too. 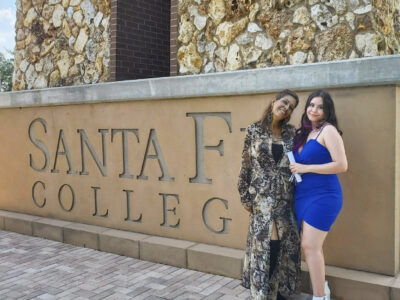 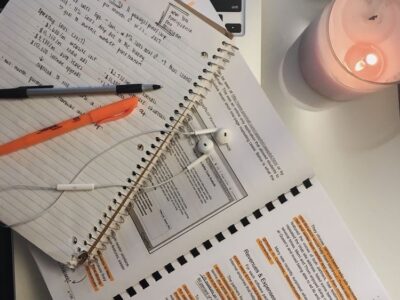 Previous Post:The Story of Beowulf’s Sword; My English Class Fanfiction Assignment
Next Post:New Year’s Resolutions from Someone Who Never Makes Them