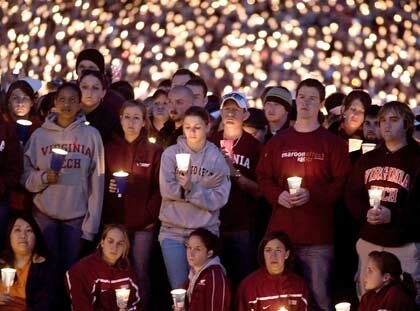 In 2007, 32 students and faculty were killed by a single gunman on the Virginia Tech campus before the shooter killed himself. The police chief was in Washington today, as fate would have it, testifying on the case.

Students and faculty have been told to lock doors and remain inside.

This is a developing story.

UPDATE (4:00 p.m.) Virginia Tech is still on lockdown. The shooter has not yet been located. Stay tuned for a 4:30 p.m. press conference.

UPDATE (4:30 p.m.) The Associated Press reported the second victim might have been the shooter himself, normal activities will resume on campus.

UPDATE (5:30 p.m.) Although officials allowed normal activies to resume on campus, the investigation is not closed. The police officer was shot at a traffic stop by a third party not in the vehicle. The second victim, who may or may not be the shooter, was found in a parking lot near the school. More information will continue to be released. At this point, there are no other press conferences scheduled. Finals are postponed and a new schedule will hopefully appear tonight.