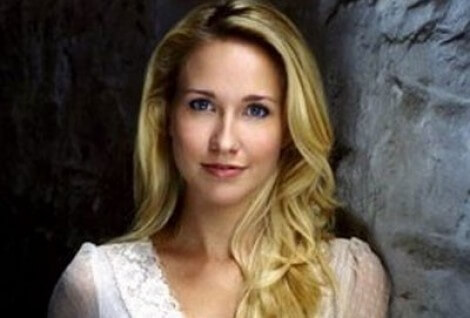 Josh AxelrodNov 19, 2012
Home » Latest Posts » She’s Pitch Perfect: CM Interviews Anna Camp
FacebookTweet
If you’ve been to a movie theater, watched TV or seen a Broadway play some time in the last five years, chances are you’ve seen Anna Camp and you don’t even know it. She just has one of those faces; you know you’ve seen her before, but it might take a trip to IMDb to figure out why she looks so damn familiar.
Camp has done a little bit of everything, from sinking her teeth into the role of Sarah Newlin on True Blood to nude scenes on stage with Daniel Radcliffe in Equus. The 30-year-old actress recently played the queen bitch in a college a cappella group in Pitch Perfect and can be seen every Tuesday on FOX as Mindy Kaling’s best gal pal in The Mindy Project.

DARE To Dream
Any child of the '90s and early 2000s has to remember the Drug Abuse Resistance Education (DARE) program, which was designed to teach kids that crack is whack. It can also apparently jumpstart an acting career. Just ask Camp: she starred in a DARE production in second grade as a drug dealer complete with denim shorts that she thought made her look “hardcore.”
From her humble DARE routes in Columbia, South Carolina, Camp went on to bigger and better things at the University of North Carolina School of the Arts, where she earned a Bachelor of Fine Arts degree in 2004.
“I had the most amazing experience there,” she said. “I just recently went back there and did a talkback. They all stood up and clapped. I learned so much at that school and I’m dying to go back.”
The real world can make you wish you were back in the safety of your college bubble sometimes.
“It’s a wake up call,” she said. “When you get out of school you have to be like, oh, I have to pay bills.”
No Shame
One of Camp’s first stabs at paying bills was a role in the 2008 Broadway revival of Equus opposite Harry Potter himself. She and Radcliffe had what she described as a seven-minute nude scene with a lot of yelling every night during the play’s run.
“It’s the most scary thing I’ve ever done in my career,” Camp admitted. “But also liberating. After doing that everything else seems a little less scary.”

Find schools
That might explain why Camp had no problem playing the vomit-happy singer Aubrey in Pitch Perfect. When Aubrey spilled her guts, she did it all over the floor. Camp said that when she read that in the script, she knew she had to play the part (smart move: the film has grossed $62 million domestically on a $17 million budget according to Box Office Mojo).
It’s that level of shamelessness that helped prepare her to play True Blood’s Sarah Newlin, a preacher’s wife who hated vampires and, like every woman on the show, had a thing for Jason Stackhouse.
“True Blood was the best,” she said. “It’s the job that brought me from New York to Los Angeles. Mike [McMillian, who played her husband Rev. Steve Newlin] and I became really good friends. I love that character. She was crazy! I love playing these really crazy women.”
Camp hinted that a return to Bon Temps might be in Ms. Newlin’s future. A lot has changed since she cheated on Steve with Jason and ruined their marriage.
“She might be a little pissed because her [ex] husband is now gay and a vampire,” she guessed (side note: only in the True Blood-verse would that sentence make sense). “I’m hoping he goes back and joins forces with Sarah and the Fellowship of the Sun. I’m open to being a vampire too.”
Mindy And The Help
Camp’s Mindy Project character Gwen Grandy is much less likely to bite or screw someone than Sarah Newlin. In fact, so far Gwen’s role appears to be Mindy’s best friend and occasional therapist who calms down Mindy when she’s being ridiculous (which is 90 percent of the time). Gwen is basically who Mindy wishes she was; the two came to New York single, but Gwen is now married with two kids. Too bad most of her scenes are just phone conversations with Mindy.
“It’s figuring out what exactly it is,” said Camp of Mindy’s attempt to establish itself as a comedy heavyweight. “I’m hoping there’s more to [Gwen] than meets the eye. I hope it shifts around so I have more scenes with everybody. “
She certainly didn’t have that problem on the set of The Help. Wait, I didn’t mention that Camp also had a supporting role in an Oscar-winning movie? You’re even more impressed than you were before, aren’t you?
Camp loved her time working with the likes of Viola Davis and Emma Stone. She said it was strange when she and the other southern belles were playing bridge while Davis (Aibileen, aka “the help”) served them coffee. She wanted to thank her, but it just wasn’t in her character’s nature to do that. Must’ve been surreal.
“It was one of the most rewarding experiences I’ve had to date,” she said of her time working on the film. “It was thrilling.”
Life As A Triangle Genius
In addition to everything listed above, Camp has also had guest spots on Glee, Covert Affairs, The Good Wife, and Mad Men (her favorite show). She’s set to appear in Smash creator Theresa Rebeck’s Broadway play The Scene this summer. When does Camp find time to sleep?
“It’s been a lot of traveling recently, but there hasn’t been too much stress,” she said. “I’d rather be working than sleeping right now.”
Wish granted. She said she would love to keep doing musicals ala Pitch Perfect. One of her life goals is to learn how to play the piano. She is apparently already a master ukulele player, which should be front and center on her resume. When I asked her what other instruments she played, she deadpanned: “the triangle. I’m a triangle genius.”

Well, Ms. Triangle Genius has been doing pretty well for herself in Hollywood. Is being a triangle genius a prerequisite for success in acting? Camp didn’t list it as one, but I’d like to think it is.
“If you love it, just don’t quit,” she said in all seriousness. “If you’re meant to do it, it will happen. Be patient. Just hang in there.”
I for one am glad Camp hung in there. If she didn’t, Pitch Perfect might not have been nearly as aca-awesome (no a cappella puns? well this is aca-awkward…) as it was with her as Aubrey. For the record, I highly recommend it if you’re into a cappella, Anna Kendrick or smiling like an idiot in the middle of a movie theater.
“I’m glad that it’s reaching a lot of people and making them laugh and smile,” said Camp. “I think the work I’m doing is making people happy. If I’m doing that I know I’m doing my job well.”
Photo: at Ouch Press
FacebookTweet
Celebrity Advice Life

Previous Post:How Much Love is Too Much?
Next Post:Legacies: Do They Matter?