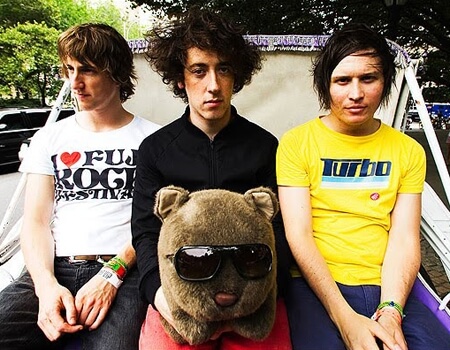 Olivia YankeyJan 16, 2012
Home » Latest Posts » Scratching the Surface: UK Music for American Ears
FacebookTweet
Americans and Brits have influenced one another’s music for generations, sending acts across the pond since before Elvis and the Beatles. Now, entire genres develop internationally, from Dubstep launching in South London ten years ago and finding recent success in the States to hip-hop and country crossover artists bringing iconic American sounds to new audiences. Yet with all this cultural exchange going on, there are still artists waiting to find success this side of the Atlantic.
EDM (electronic dance music) has been standard in European clubs for decades. While electronica-infused tracks like Flo Rida’s “Good Feeling” are now common in the U.S., artists like Avicii (whose Etta Jams sample on “Levels” influenced Flo Rida’s recent hit), Benny Benassi and Nero continue to bring deep, danceable sounds to U.K. audiences that demand it. If Rihanna’s “We Found Love” has been on your party playlist, you have Scotland’s Calvin Harris to thank for the EDM beat.
Rap and R&B aren’t lost on the Brits either. Drake, Nicki and Kanye are as popular there as they are in the States, but England has some homegrown artists with a unique take on hip-hop.

“British artists have a different style of rapping and a lot of their music has techno beats, which American rappers just started to do,” said Richa Asija, a junior at the University of Southern California who is currently studying abroad in London.
You can hear that distinctive British sound on Labrinth’s “Earthquake,” a radio favorite that features fellow Englishman Tinie Tempah. Tempah already has U.S. fans thanks to “Written in the Stars” and his 2010 Swedish House Mafia collaboration “Miami 2 Ibiza.”
Rizzle Kicks are a young rap duo in high demand. Their fun, upbeat tracks “When I Was a Youngster” and “Mama Do the Hump” are a couple of the most downloaded singles in the U.K.
Katy Perry, Bruno Mars, and LMFAO are still big pop artists in Great Britain and Northern Ireland, but they don’t dominate U.K. airwaves like at home. JLS, an English group whose career took off after appearing on the X Factor, top U.K. pop charts, as well as fellow X Factor alum Olly Murs and singer-songwriter Ed Sheeran.
Hailing from Liverpool, successful indie rockers The Wombats are a favorite of Villanova junior Evan Hebert. “As a fan, I've witnessed the significant changes between their first two albums. Lyrically, they are as clever as ever, but their music seems to have almost matured from a controlled pandemonium of instruments to a sort of hectic, near electro-symphony,” Hebert said.
And for our hipster friends – who couldn’t listen to anything that’s charted unless it was with irony – there are some not-so-mainstream artists with fans in both countries. Beirut, Friendly Fires,The Maccabees and Bombay Bicycle Club are just a few indie and alternative artists with fans on either side of the ocean, and you can still hear classics like The Smiths, The Pixies and Radiohead in pubs across London.
While U.S. and U.K. music charts look alike at first glance, those few differences include some major U.K. artists with distinct styles that compliment the music American listeners already love.
FacebookTweet
Life

Previous Post:Did You Make The Most Out Of Break?
Next Post:Top 10 Songs In a Sports Video Game Soundtrack