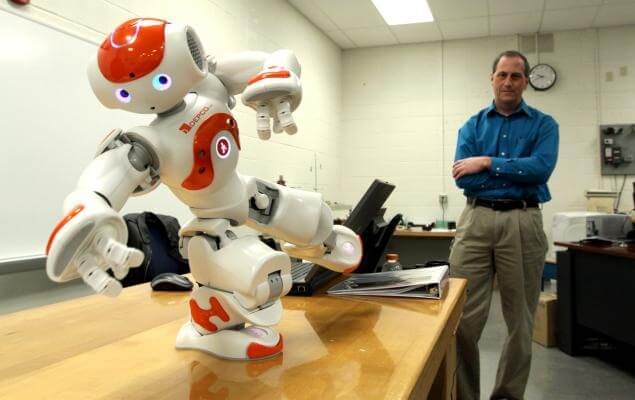 Imagine you see the Associated Press tweet from Monday afternoon.

I’d panic too, but it didn't take more than 15 seconds to figure out that the AP’s verified account had been compromised. AP CorpComm was quick to hop aboard their own, presumably safe account and announce the flagship Twitter handle @AP had be hacked, suspended, and that its previous tweet was entirely false.

But of course, not before the Standard & Poors 500 nosedived 1% (a loss of roughly $136 Billion, according to Bloomberg) and the Dow Jones Industrial Average jumped off a 145 point ledge. 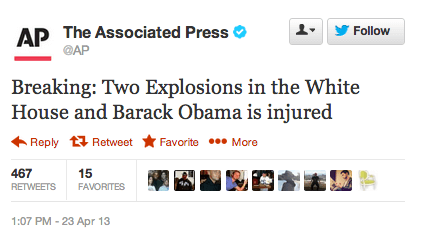 The most terrifying aspect about all this? This entire ordeal began and reversed between 1:07 p.m. and 1:10 p.m. EST.

It was not, however, humans who freaked out and immediately sold the farm when the “news” broke. It was robots.

Algorithmic trading has been around since the '70s but has recently been causing more and more headaches in the financial world. Common setups include programs that automatically buy or sell stocks when they reach predetermined prices and to split larger, single trades into many smaller trades. As electronic finance technology and programming capabilities have skyrocketed since the late '90s, so too do the risks involved with letter computers handle your money.

“Algorithmic trading means the ability to react instantly,” said James Nowlin, senior economics major at Marshall University. “Humans can see the information, process it, and can decide what to do with it.”

Nowlin went on to explain the advantages of quick response to potentially market-crashing news.

“It’s like a burning building with everyone stuck trying to escape at once,” Nowlin said. “ Get out now, and there’s nothing wrong. Get out last, and you’re in trouble.”

It’s been speculated that advances in the algorithms within the programs have now allowed them to “read” news sources similar to how Google directs search traffic. This allows for instantaneous actions; ensuring that you’re one of the first one’s out when the building catches fire. Since an event like this would assuredly shake market confidence, the “reader” programs sold. With the reader programs selling, the less-developed programs searching for only market trends (like mass selloffs) sold as well.

The actual hacking doesn’t matter here. Twitter accounts, even corporate, firewalled accounts, get hacked all the time (Here’s looking at you, Burger King). The Associated Press is such a reliable source for content that most news outlets in the US use their pieces when they cannot produce their own. Why shouldn’t a robot believe it?

Nowlin summed it up with this: “A computer cannot think, it can only react.”

You cannot program common sense. You cannot write code for skepticism and discernment. Even Watson, the supercomputer that famously destroyed contestants on Jeopardy, made the mistake of dumping tons of Urban Dictonary into its vocabulary simply because it thought that was the right thing to do.

Feel good about yourself that you can, at least and some ways, outthink a robot even in 2013. This is one battle humanity is still winning… for now.

Photos from nydailynews.com and theblaze.com