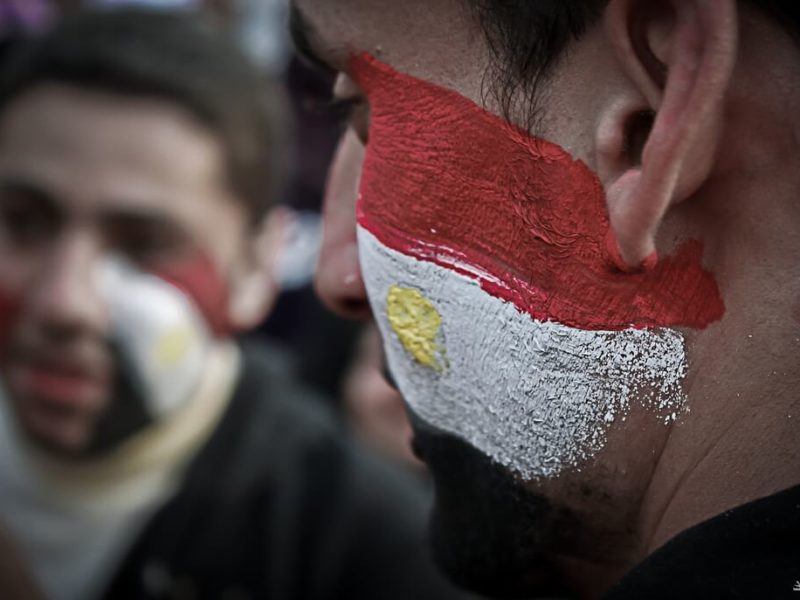 We sat on a bench overlooking the Nile River, talking about the future of Egypt. My Egyptian friend and I were both pessimistic. President Mubarak seemed there to stay and his son Gamal was almost surely set to take over when the time came. The people had no rights; elections were a joke. A police officer walked over and the conversation quickly stopped – you could be arrested for talking about such things aloud in a public area.

Eight Months Later
I sat in the very same spot looking at a very different country. This was my first day spent in post-revolution Egypt and I had already seen three sizable political rallies. When I had been in Cairo last summer, such a sight would be unimaginable – gatherings of more than five people in public for a political purpose were deemed illegal.
These were a people experiencing freedom for the very first time, and it was a beautiful sight. Late into the night in the now famous Tahrir Square (the focal point of the recent revolution), strangers coming from many different backgrounds gathered together to talk about politics or whatever else was on their minds. They certainly had a lot to discuss; the country will hold its first free election in modern history later this year. Problems ranging from the economy to the role of Islam in politics are at the forefront of national discussion.

Don’t believe anyone who tells you that this is a poor time to travel to Egypt as an American. It has never been safer. Egypt may no longer have a government, but the military is in capable control. History is being written before our eyes in the Middle East, and Cairo is the place to witness it firsthand. I encourage anyone who is able to make the trip to do so. The four short days I spent there have been truly eye-opening.
Life in Cairo has not changed much, but the mentality has. "This is finally our country," a friend of mine said. "We feel like we own something." It is a sentiment that should inspire us all.
FacebookTweet
Life