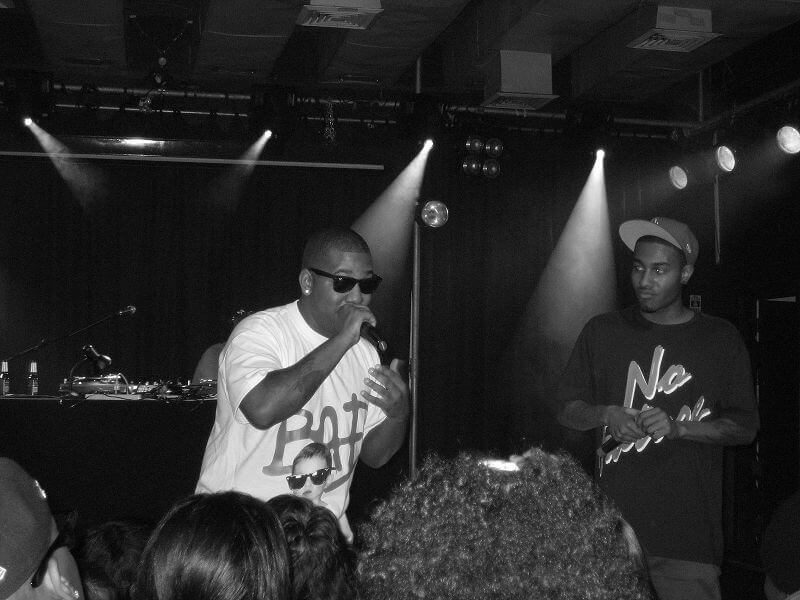 We could go on and on about who the best lyricist in hip-hop is, and I guarantee you that no one will name The Cool Kids as the best. But that doesn’t mean you shouldn’t listen to their new album, When Fish Ride Bicycles.

After a couple of mixtapes (Gone Fishing, Tacklebox) and the Bake Sale EP, Chuck Inglish and Mikey Rocks finally released their highly anticipated LP on Green Label Sound records. Their focus has always been more on playful, laidback lyrics, and this album is no exception. The Cool Kids’ retro-rap sound is influenced by the “Golden Age” of hip-hop (mid-80’s to early 90’s). Instead of Kanye West or Jay-Z, think more Erik B. and Rakim or A Tribe Called Quest. And like the “Golden Age,” there is not so much of an emphasis on who is the best rhymer. Apparently, the Cool Kids decided just to have fun with hip-hop, and it resulted in the must-have rap album of the summer.

For this LP, The Cool Kids keep their carefree rhymes and 808-inspired beats, but ditch their “geeky-but-cool” status and feature other rappers (something you can’t find on the Bake Sale EP). When Fish Ride Bicycles has a few big-name features, most notably Ghostface Killah on the track “Penny Hardaway,” Travis Barker on “Sour Apples,” Pharrell on “Summer Jam,” but one thing you won’t see on this album are hooks performed by high-profile pop stars (Rihanna, Katy Perry, etc.) Instead, little-known singers Tennille and Maxine Ashley pick up the slack between verses.

Other standout tracks include the big-name features named above, in addition to “Get Right,” “GMC” and “Boomin’” featuring Tennille. Even without a long list of well-known artists, The Cool Kids have proven they can make the 40 minutes pass much more quickly.