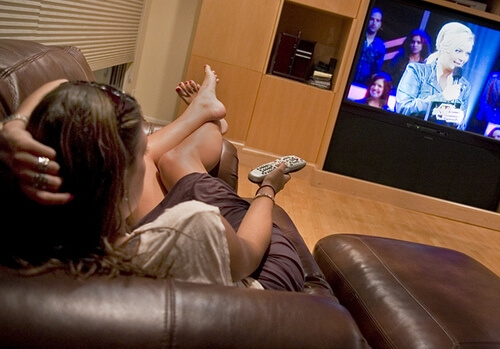 Your first weeks of college are overwhelming, but getting involved in the dating scene doesn’t have to be, though the odds seemed stacked if we take teen films as our main advice-givers.

Expectations surrounding meeting, and getting to know people, are often personified in the unrealistic scripts of films. Contrary to the film Juno’s example, not everyone has witty banter all the time. Showing off by trying to banter with every person you meet would not only be incredibly difficult but ultimately, annoying. Being real will make you stand out more than trying to one-up upperclassman.

Despite the over-exaggeration of the trait, a sense ofhumor is important for making new connections. Just think of Judd Nelson in The Breakfast Club and Amanda Bynes in She’s The Man, for inspiration. Being able to laugh at yourself and make light of things comes off really well, in film and in real life. It’s the best way to break the ice and make whoever you are with feel at ease.

In addition, honesty remains paramount in teen films as well as real life. Honesty applies even to gambling, as shown in the teen film go-to crisis: someone betting or wagering they can get with someone, illustrated in 10 Things I Hate About You and She’s All That. If you make a wager that you can get someone to like you, the joke is on you: you will fall madly in love with person and then they will find out and hate you. Okay, fine. Maybe that doesn’t always happen, but the lesson remains; you know what they say about karma…

Which leads us to another truth that’s not necessarily supported in movies: people with bad habits don’t change. It does not matter if he looks like Shane West and falls in love with angelic Mandy Moore. Even in the “more realistic,” Mean Girls, we’re supposed to believe that Regina George mellows out from playing a little women’s lacrosse. To borrow a phrase from Clueless’s Cher: “As if!”– that girl will be unhappy until the day she really gets hit by a bus.

Regardless of how well you can make a first impression or weed out potential bad influences, finding your space in college life and with relationships can lead to unexpected bumps.  Romance does not always play out to the perfect song set-list as movies would have us believe. Yes, bad things happen in films, but they’re not always neatly resolved in life as they are in movies.

Ultimately, your sense of fulfillment will not come from the relationships you have or don’t, but from what you learn about yourself. “I identified with [Bridget Jones’s] imperfections and admired her post break up ambition [but I've learned] […] that the best motivation in life doesn't come from getting over a guy,” said Georgetown University student, Erika Charleston. “In the long run, though, it feels better to conquer your own fears than to overcome your Ex”

Don’t stop watching films or relating those characters to your life, but remember that relationships and problems will never conclude with a tidy ending and screen roll of credits.

Previous Post:Is it true that men think about sex all the time? How do women compare?
Next Post:Summer Days Drifting Away Playlist