Shop now
Home » Latest Posts » Real Talk: Why Am I Not Successful Yet?
Life

Real Talk: Why Am I Not Successful Yet?

It’s easy to tell yourself that you need to “work harder.” The real challenge is actually following through with that. You’ve identified your need, but will you act on it or succumb to passivity? Hopefully, you’ve decided to choose the former. In that case, here are five reasons why you’re not successful yet:

1. You procrastinate. Have you ever wondered why you procrastinate? If you always end up completing your work, then you know it’s not a problem entirely rooted in laziness. In fact, a true slacker wouldn’t even bother finishing the assignment. Some people feel the need to put off their work until the last minute because they’re afraid of failing. Consequently, procrastinating allows people to give an excuse such as, “I could have done better, but I ran out of time.”

2. You listen to discouragement. There are several types of negative people: pessimists, haters and the jealous type. Pessimists usually say trite phrases such as, “You’re too young,” or “It’s really difficult to obtain a job in that field. You’ll fail and starve!”

The haters are… gonna hate—that’s just who they are. The jealous type are people who abandoned their once daring aspirations and grand dreams. Consequently, they’re envious of you, because they didn’t have the courage to pursue what they love. However, it’s sometimes useful to listen to some criticism. Randy Pausch, the professor whose last lecture was about achieving your childhood dreams, reasoned, “When you're screwing up and nobody says anything to you anymore, that means they've given up on you. Your critics are the ones telling you they still love you and care.” 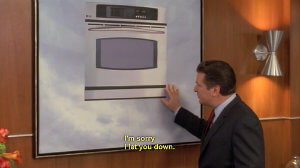 3. You’ve forgotten that regret sucks. I could give a verbose explanation of this point, but there’s a more eloquent way to go about this. Gary Vaynerchuk, a social media wiz who’s all about the hustle, sums this up with, “[If you] do all the things that everybody wants you to do, and don’t do the thing you really love, the real question isn’t what’s going to happen when you’re twenty-three, twenty-seven, thirty-one, thirty-six. The question really becomes what’s going to happen when you’re seventy years old and you look back at your life and you’re like, ‘Why didn’t I try?’”

4. You’re in the wrong environment. If your talents and skills are unappreciated and perpetually shunned, it’s not surprising you wouldn’t be too proud of what you genuinely enjoy doing. Moreover, an overwhelmingly stressful or negative environment would most likely lead to less productivity. It’s also worth considering renowned motivational speaker Jim Rohn’s idea, “You are the average of the five people you spend the most time with.” Try to surround yourself with people who inspire and challenge you to be the best person you can be. You can do this! 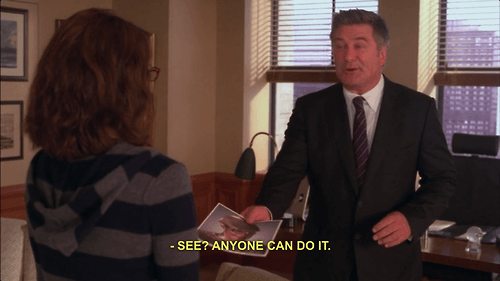 5. You lack a clear goal. How do you know when you’ve reached success if you’re not completely sure what it is? Success is an abstract word that possesses various meanings depending on the person who’s using it. As you know, society generally deems a lucrative career or endeavor as a successful one. Other people interpret success as just being happy with life and their current situation. What does success mean to you?

Previous Post:10 Things You Can’t Do in the Real World
Next Post:Flowers That Say “Let’s Have Sex”