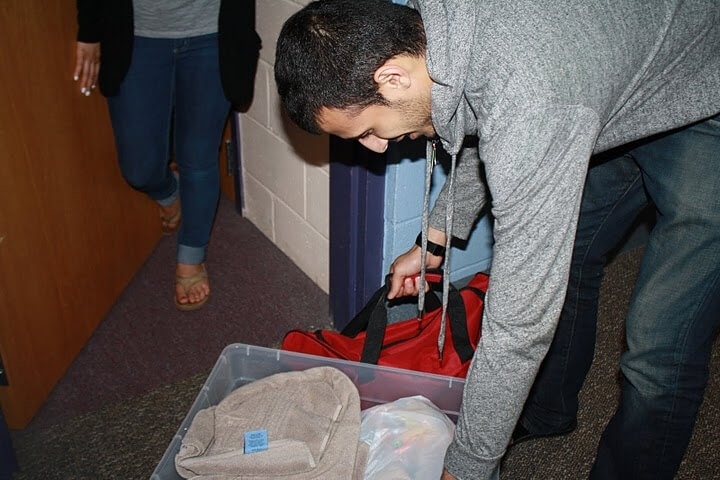 Marcus Wells* always knew that his relationship with Emilia would come to a halt when he would be forced to move back to San Francisco, living with his parents during summer vacation. He would be comfortably laying out on a beach as a camp counselor whilst Emilia attended summer school at a community college in Los Angeles. They each promise to call and text each other, sending ‘good morning’ and ‘good night’ messages each day.  Skype is also an option as the two will arrange dates via web camera.

Marcus and Emilia met at their freshman orientation in the summer. Marcus, a political science major, and Emilia, a neuroscience major with an emphasis on psychology, were introduced to each other for a brief moment during a meet-and-greet before they eventually lived – serendipitously – in the same residential hall.

“I wanted to get her number but forgot to ask her. I knew having her in my hall was a second chance,” he enthused.  “It’s nice having her live just two doors down from me. It feels like we are living together. It’s going to be hard in the summer to leave her.”

Marcus and Emilia have already made plans to see each other for a week out of their summer vacation despite their eight-hour travel distance. “Once school ends, I arranged it to where she will stay with me and my parents during a week in July,” Marcus said. His parents are close to Emilia, he said, and trust that the relationship will survive regardless of the three months between them. Marcus said his trust in Emilia, whom he described as someone who would never take their six-month romance for granted as she meets eligible bachelors at her summer job.

“Since we got together, my perspective on relationships changed,” Marcus admitted. “I learned that in order to be a good boyfriend, you have to let each other have different lives. Even though we fight a lot, those obstacles make us understand the amount it takes to make this work out.” He added that though their relationship was shaky at first, and made their differences greater than their similarities, it ultimately came down to their strong religious backgrounds.

Marcus will attend church camp as a youth leader in the Dunlap Mountains where he will teach young children about the religious faith of the Orthodox Church. Emilia’s father is a pastor and has been working with her father for the past nine years to establish a church in their hometown.

“For couples who are separating during the summer, they should understand the pressure of the distance. Try to communicate at all times. Text. Call. Skype. Even send flowers,” Marcus advised.

Both Emilia and Marcus’s first year of college will end in early June. For now, they regularly attend hall dinners with each other and focus on strengthening their relationship for the big break.