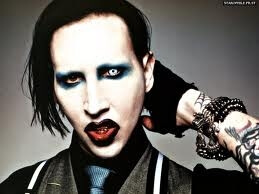 Rated R: The Most Controversial Songs and Music Videos of All Time

Sex, drugs and rock ‘n’ roll–add a pinch of violence with a dash of profanity and you’ve got yourself the perfect recipe for controversy. Music has always been a source of controversial content in modern society. Time after time, attempts are made to censor or destroy music that has been deemed offensive and inappropriate, but until then, we’ve assembled a list of some of the most explicit and notoriously improper songs of all time. Some of these are nothing compared to what we see on The Jersey Shore but for others—well, let’s just say it’s not for the squeamish.

Here’s an earful. If you grew up in the 90’s, you might not be surprised to see this song on here. The song is rapper Eminem’s full-fledged, cringe-worthy song about killing his wife. It describes how he murdered her, her husband, and her stepson. The song depicts Eminem talking calmly to their daughter, who is sleeping and then starts to shout at Kim, which he continues to do throughout the entire song. “Kim” is known as one of the most disturbing songs in the history of hip hop.

“Killing in the Name” — Rage Against the Machine

I fell in love with this song when I first heard it on the video game Guitar Her,o unaware of its notoriety. Their awesome and distinctive guitar riffs had me oblivious to the song’s strong language. “Killing in the Name” was featured on Rage Against the Machine’s self-titled debut album in 1992. It was banned on American MTV because of the explicit lyrics and stirred controversy in the UK in 1993 when BBC Radio 1 played the uncensored song resulting in 138 complaints. It’s still a hit to me!

To be quite honest, almost all of Marilyn Manson’s songs could fill a spot on this list. If there’s one artist in the MTV era whose image triggered the most dismay among parent’s associations, it’s the man formerly known as Brian Warner. He went all the way in this music video as it depicts bondage, drug use, cutting and all sorts of appalling behavior. After the video was banned in the U.S, the only way to receive this was to order it through Manson’s website. Depending on what you handle, you might want to skip on watching this one. The video was launched in 2003 but people are still having nightmares about it. (Warning: This one's legit disturbing, so watch it at your own risk)

Lady Gaga has a few less fans among the Catholic faithful after the controversy around her hit “Judas”. The song outraged religious figures because of the apparently blasphemous tone of the lyrics, which imply that Gaga is‘in love with Judas. In the video the singer portrays a modern day Mary Magdalene in the over-the-top and shocking five minute spectacle. In light of this hubbub,it is apparent that Gaga is following in Madonna’s footsteps. In 1989, Madonna shocked the religious community with her “ever-so-shocking” music video titled “Like a Prayer,” in which she hooks up with a saint.

The title alone was enough to drop jaws back in 1997. “Smack My Bitch Up” was highly controversial because the lyrics, title, and music video were believed to promote violence against women. The video depicts a night out in the city filmed from a first-person perspective, portraying drinking, drug use, violence, vandalism, nudity, and sex, not to mention a subversive twist at the end. I believe that video is watchable considering today’s standards but beware; it was considered the most controversial song of all time back then.