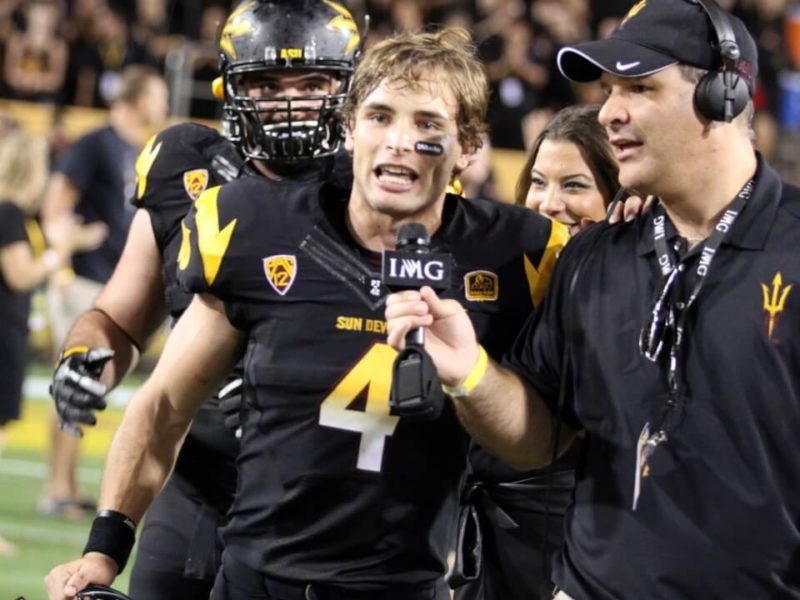 Aaron Pflugrad is a senior wide receiver at Arizona State University. After playing two seasons for conference foes Oregon, Pflugard transferred to Tempe and sat out the 2009 season. In his first season with the Sun Devils, Pflugard caught 29 balls for 329 yards and 2 touchdowns. This year, he's the team's leading receiver, already eclipsing last year's numbers with 375 yards receiving and 4 touchdowns. Lets get to know him a little bit better.

Date of Graduation: He graduated this past May
Favorite Weekend Hangout Spot: Sun Devil Stadium… of course!

Most memorable moment on the field: I’d say just being out there with my brothers. I don’t really have a specific moment, I just say every day being out there with them.
Pregame jams: One that I like is my cousin, his name is Seven, he’s a rapper. He has this song called ‘Made to Fly’ so I make sure I listen to that one every game day.
First Thoughts when arriving on ASU's campus: I was excited. I remember it was hot. Like it was like 120. I came in the summer. So that was my first thought like, ‘dang, how am I going to get through this?’. But it was just excitement about getting to know everyone.
Toughest place to play on the road and why: I’d say so far, USC has been the toughest on the road. When we played them the Coliseum was packed and they got their band going all heavy and everything. Probably the Coliseum definitely.
After grad school: I hope to play as long as I can, then I hope to end up in coaching.
FacebookTweet
Life