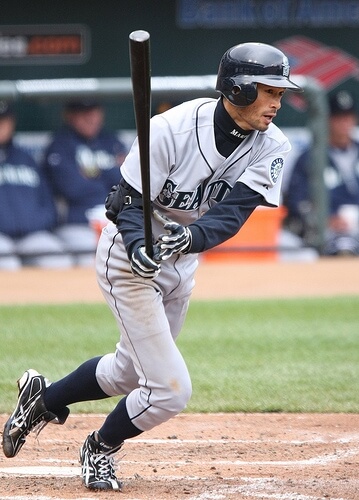 Names sell; they also influence. In wake of  recent global disasters athletes are using their star power to raise money and awareness for countries affected natural disasters. Most recently, superstars and even lesser known athletes from all major the sports are pulling together to offer relief to the victims of the earthquake and tsunami that left thousands dead and millions displaced from their homes in Japan.

Mariners right fielder and 10 time allstar Ichiro Suzuki made one of the most noteworthy contributions to his country, with a donation of $1.2 million to the Japanese Red Cross. Oakland Athletics designated hitter Hideki Matsui and native of Japan added $620,000 to the Red Cross, which is approximately 15 percent of his 2011 slarly. This isn’t Matsui’s first donation, in 2004 he donated the same amount to the Indian Ocean tsunami.

“I feel like it’s important for them to be good role models for other citizens,” said Northern Michigan University senior Ross Crawford. “They have the money and the ability to help out, every little bit counts.”

The New York Yankees donated $100,000 to relief efforts and the Boston Red Sox added another $50,000. All though their has been significant contirbutions from players and organizations in professional baseball, many like Crawford feel that it could use more media attention.

“I don’t think it’s publized enough, the NBA for instance has NBA Cares, but other sports don’t seem to publize it enough,” Crawford said. “If they publized more I would feel the need to put my hand into some relief or donation effort.”

The NBA has also made their impact felt, with the Washington Wizards and Los Angeles each donating $100,000. Some NBA superstars made a splash when they agreed to donate $1,000 for every point they scored from March 25-27. Stars such as Lamarcus Aldridge, Marc and Pau Gasol, Al Horford, Russell Westbrook and even MVP favorite Derrick Rose particapted. Rose didn’t dissapoint as he dropped 24 points in a winning effort. Pau Gasol, Rose and Westbrook combined to raise $69,000 for Direct Relief’s Japan Relief and Recovery Fund. Florida Atlantic University freshmen Ben Gardner said pro athletes should donate more.

“I feel like it should happen much more often because pro athletes are some of the most over paid and wealthy people in the world,” Gardner said. “I feel like it doesn’t get all the publicity it deserves.”

Boston Red Sox pitcher Daisuke Matsuzaka met fans face to face in effort to raise money. He stood at the gates of the ballpark with a bucket at a spring training game in Fort Myers, Fla., this March. Charlie Sheen even used some of his conscious tiger blood and continued his “winning,” by donating $1 from each ticket sold at his stand up shows in Detroit and Chicago.

Professional sports is truly a global community, with players from all around the world representing their countries and franchises. It’s good to see athletes pull together and use their resources to give back to the fans and victims who support them year in and year out.