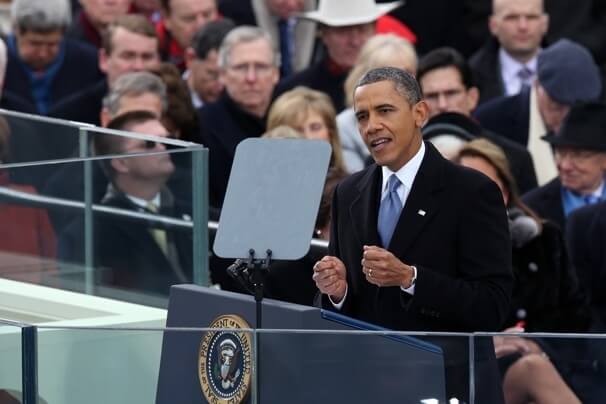 On Monday, President Barack Obama gave his second inauguration speech. While viewing this speech, what was said was not as striking as what was not said. What was clearly not a focus—in a speech that covered everything from gay rights to environmentalism to welfare—were America’s young adults.

The ultimate theme of the President’s speech was that our journey is not yet complete. There is work ahead. That work includes finding answers to our nation’s energy crisis, promoting social welfare, and assuring that every person, regardless of sexual orientation, can have their love recognized. Obama referred constantly to “our generation,” which stuck out—the President is 51 years old; his generation is not the most fertile ground for the change that he advocates. As the transcript of the speech shows, the references were constantly to a generation significantly ahead of that of today’s college students. What, then, did the President have to say about us?

The answer, it turned out, was nothing. The only references made to students was something about insuring that talented immigrants be allowed to develop into future students rather than being deported and some vague mention of our country being the greatest country in the world because of our “youth and drive.” The President, it appeared, neglected a key demographic from which he has drawn great support.

In fact, despite the President’s constant reference to the work that the country still needed to do and the way in which the country needed to change for the future, youth did not seem very much on his mind. This is relevant for two different reasons, each equally important.

College students today face unique and more difficult challenges than in time’s past. The job market is dismal and our generation demonstrates above-average rates of post-graduate unemployment (and of moving back in with our parents) and the cost of student loans along with tuition has reached nearly loan-shark rates. These are legitimate problems for an entire generation of Americans and they deserve attention.

The other reason the lack of attention to youth was surprising was because it is precisely that youth which has the power to fully see the President’s agenda become a reality. Statistics indicate that gay marriage—a now-trademark issue for the President—is supported by 70% of those in our generation. We are a generation largely more liberal than the previous and would, in theory, have the best chance of ensuring that Obama’s proposals enjoy support.

There is a sense among some, though, that the lack of attention wasn’t a negative at all. Former University of Florida alumna, Ashley Kraus, who attended the inauguration, commented on her sense regarding what was left out: “I almost kind of head nodded to [President Obama], as though it was an understanding that he didn’t need to praise us, that we all understood.” Ms. Kraus found what was mentioned in the speech ample reason for optimism.

No matter which side you land on, ultimately, the inauguration speech was given as it was and the President chose to place his focus where he did. One hopes the highest office in the land has not, in fact, forgotten those who are this nation’s future.

Previous Post:3 a.m. Text for Sex? Been There Done That
Next Post:The Body Language Article