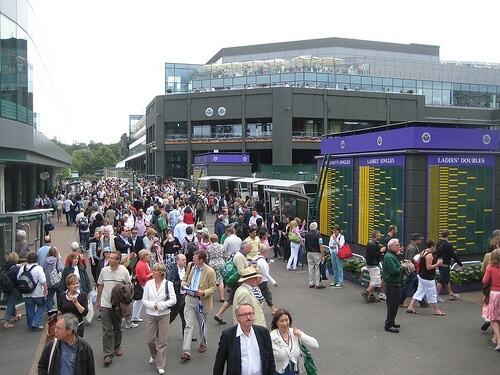 What would you choose: the game or the girl?

I was in Cleveland watching teams like Ohio State and Syracuse compete in the first and second round of 2011 March Madness.  Sitting in Quicken Loans Arena watching the big dance live was an experience I knew I would always remember  — if I could stay off my phone long enough to watch the games.

You see, at the time I was in a long distance relationship that had forced me to become a textaholic.  We were one of those couples that engaged in 24/7 texting, so talking during the basketball games seemed natural.  It took about five minutes into the first game between George Mason and Villanova for me to realize that this was not going to be acceptable.

As I was engrossed in the screen of my ENV Touch, the stadium erupted into applause as someone did something eruption-worthy.  I will never know who did what that warranted such a strong crowd reaction, and that was purely because technology distracted me when I should have been paying attention to the event unfolding in front of my eyes.

At first I was hesitant to tell her that I needed to concentrate on the games. She was not exactly clueless when it came to sports, but, she had expressed she wasn't a fan basketball before and I did not know how this request would go over with her.  Eventually I manned up and told her that I really wanted to focus on the games. She understood and everything remained golden between us.  Crisis averted.

I had my reasons for being distracted, but it seems like spectators at sporting events have become more inclined to bring some sort of alternative form of entertainment with them.  It is not uncommon to take a quick look around a stadium or arena only to find many folks on their cell phones, laptops, or iPads.  Certain sports organizations are beginning to take notice of this phenomenon.

Yahoo! News recently reported that the New York Yankees have banned iPads from their stadium, claiming that the device violates their strict “no-laptop” policy.  The Yankees organization would never say this explicitly, but this is more likely than not an effort to get viewers off their electronic devices and make them pay attention to the action on the field.

What compels someone who paid a sizable chuck of change to be at a sporting event to pay more attention to anything except the event itself?  To be blunt, the games themselves sometimes can test even the most diehard fan’s concentration skills.  Basketball games contain an inordinate amount of timeouts, football has enough stoppages to turn 60-minute games into two and a half hour affairs, and soccer is continuous but the lack of scoring has been known to shorten attention spans.  Baseball is an entirely different animal.

At a Pittsburgh Pirates game last summer, I sat behind a man and presumably his girlfriend.  While the man intently watched the game (the Pirates were winning for once), the woman took out a needle and thread and proceeded to knit for almost the entirety of the game.  I could not decide what I thought was sadder: the fact that she clearly did not want to be there, or that the guy never once told her to put down the arts and crafts and watch the game.

Maybe if the sport were more exciting or the team a little more competitive, she would not need her distractions.  Maybe the game should be enough.

Previous Post:Jealousy is Normal
Next Post:5 Cities that Beat the Heat