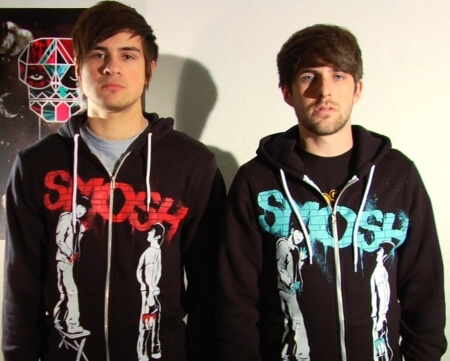 Ashley GrohoskiApr 12, 2012
Home » Latest Posts » Playlist: LOL Songs
FacebookTweet
April Fool’s Day may be behind us, but it’s never too late for funny songs. The music on this list will leave you rolling on the floor laughing, or at the very least smirking at their ridiculousness.
The Creep — Lonely Island feat. Nicki Minaj
The guy that caused girls to lie about their sexuality in bars now has an anthem dedicated to all of his unfortunate and really disgusting social interactions. Finally, everyone can learn to appreciate him for a few moments before running in the opposite direction!

Okay, so women tend to like bad boys, and this song completely calls us out. With its hilarious exaggerations, the song really isn’t too far-fetched when it comes to our “ideal” dating scene. I just want someone that treats me like trash, guys!

This song is dedicated to every guy that lives to attend “bro” lunches, “bro” movies, and “bro” road trips to nowhere just to bond in a really heterosexual way.

To all of those people who “don’t get it”: no worries, none of us do! This song is so obnoxious it’s hilarious, right? (And why is it so catchy?!)

I Just Had Sex — Lonely Island

Hey guys that yell down the hallway after a total babe leaves your 4×4 bedroom, this song is for you! Put away your World of Warcraft strategies; you just learned some new ones.

Your eyes meet hers and then before you know it, you buy her things normal dudes can’t afford. She smiles and casually reminds you that it doesn’t matter, because she only wants to be friends with you anyway.

The Legend of Zelda Rap — Smosh

Thanks for incorporating my childhood into your semi-vulgar rap career, Smosh. This song makes those of us who Nintendoed it up reacquaint with our inner badass again.

Why didn’t this song play during the credits of the film? This parody is perfect for all of those (seriously) crazy Hunger Games fans.