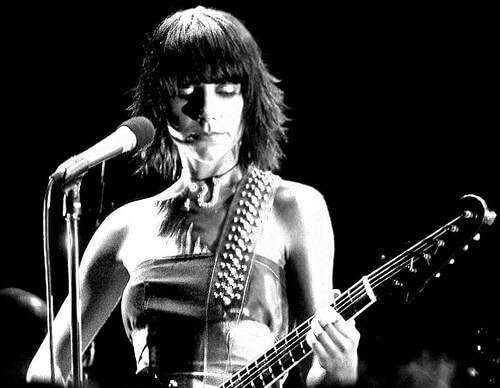 PJ Harvey Wins the Mercury Prize for the Second Time

PJ Harvey has become the first person to win the Mercury Prize twice, with her album Let England Shake, as reported by the BBC. The record, described as “really imaginative, almost cinematic” by one of the judges, is marked by its striking lyrics about warfare.

The Mercury Prize honors music by British or Irish artists and began in 1992. Harvey won her first Mercury Prize on September 11, 2001, which she recalled in her acceptance speech:

10 years ago feels like such a surreal experience, I’m sure for everybody, but my only memory of that day really is being in the hotel room and watching the television and seeing the Pentagon burning and I felt so separate from the prize that was being given here at that time, and I’m sure it must have felt very odd for the people that were here. So to have the chance again to be here and actually receive an award means a great deal to me.

Harvey continued to say that the influence of the last ten years has certainly impacted her writing and the creation of her current album. She also said that she hopes to be back again in another ten years with another record, highlighting the importance of making music that “is of relevance, not just to myself but to other people.”

Other contenders for the prize included Adele, Tiny Tempeh, Metronomy and Katy B, to name a few.

The panel of judges said that it was a “tough decision” but agreed that it was the right one. Read Harvey’s speech here.

Previous Post:Pretty Babies and Sugar Daddies
Next Post:White Out