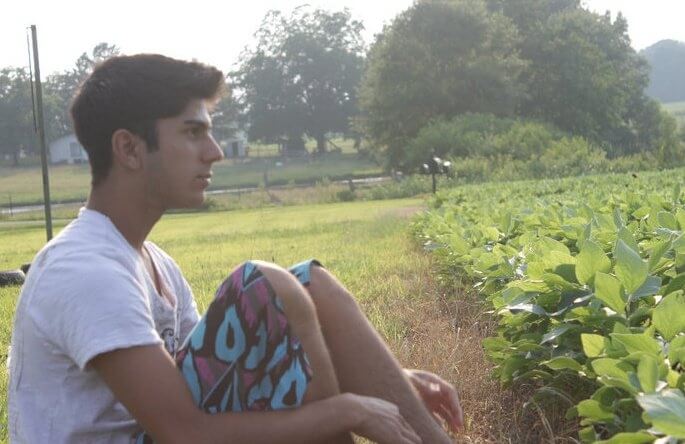 Pick-Up Tips From…The “Out and Proud”

Being in the LGBT community on a campus may make your dating pool smaller, depending on the campus, but is there a different way to go about making your move? CM asked Jordan Fassa, an openly gay sophomore at the University of North Carolina at Asheville, how he tends to approach people he’s interested in romantically:

CM: What is your usual approach to trying to pick someone up?

If I'm trying to pick someone up, I always strike up a conversation. That's always the first step, and it's always the best way to gauge their intentions, and figure out what they might be looking for. I'll usually ask about them, add in my own commentary, and just be lighthearted and wittily playful. Keeping it light and throwing in curve balls to keep them just a little off-guard helps keep the balance in your favor. It keeps them interested, and that's always key.

CM: What do you look for in a guy?

I look for a guy who is masculine, calm tempered, someone who likes to engage with people, enjoys spontaneity and is open minded, someone who is well-cultured — or at least is willing to learn about other people and ideas, someone who is hard working and self-motivated, polite, and has a good relationship with his family.

CM: Are there certain key things that you notice about someone, which makes them seem available, or more willing to be “picked up”?

Once you've got them smiling, you're in. Keep establishing common ground, and set the stage for later interaction, whether that's hanging out later, or just expressly communicating that you'll look forward to seeing them again. At that point, if you can get a number, that’s awesome. Otherwise, you've laid the foundation for next time. It's okay not to rush things. You don't have to win them over immediately.

CM: What is your biggest turn-off?

Big turn-offs include rudeness, close-mindedness, chronic complaining and negativity. People who are starved for attention and will do anything to get it are intolerable, for sure.

CM: How do you discern if a guy is straight/gay, and available for you to pick up?

As a gay guy, you become very accustomed to observing others, as an outsider in a hetero-normative society. When someone deviates even slightly from the norm, a keen gay guy will be hyper-sensitive to it, hence “gaydar”. It always varies upon who you spot and how they carry themselves; some guys are a lot more obvious than others, but a lot of guys are extremely subtle in throwing out hints. Some might even be doing it subconsciously, or may not even be aware that I can read them. Others might look at you and withdraw the glance once they realize that you caught it. Often times, to test to see if there's any interest on their part, I'll make eye contact, go about whatever it is I'm doing, and punctuate it with more eye contact, from time to time, while allowing them prime opportunity to watch me, without feeling their being observed. There's a fine line between looking too much, and looking just enough to get the point across. But, it's all about subtlety. So many guys have that shyness about their intentions because they may not be as comfortable in their desires as I am, and they're the most difficult to bridge the gap and make something come of it… but sometimes, they're the best ones to go for.

CM: How would you let someone down if you weren't interested in them?

If I wasn't interested in someone, I wouldn't be initiating the relationship, so I would just gently let them know what my intentions are without embarrassing them. I would let them know that I'd rather be friends, or that I just wasn't feeling it. Sensitive honesty is key in that sort of situation. Explanations should be short and, if possible, sweet.

CM: What are some advantages, dating wise, that come with being comfortable with your sexuality?

Dating wise, being comfortable with your sexuality is a major plus. In gay dating, there's always the common bond of being gay, and having those common experiences of coming out, coming to terms with your sexuality, relating to society once you’re out, and just a whole basket of other gay life issues that we all have in common. I came out when I was in 8th grade, so I've well come to terms with my sexuality and found a very happy medium where I honestly don't think about my sexuality being different from any other person's. […] Nothing is more attractive than a guy who is unashamed, comfortable, and can take ownership of their situation. There's a deep sense of admiration that many gay guys have for someone who is completely confident in their sexuality, because for some, it can be a struggle to attain security, which becomes quite a coveted asset. We all aspire to be completely self-actualized and gay guys who are comfortable with themselves and the world around them are just one step closer to that wholeness we all seek.

Previous Post:CM’s 2011 Guide To Winter Wear
Next Post:Kids These Days Is Killing It