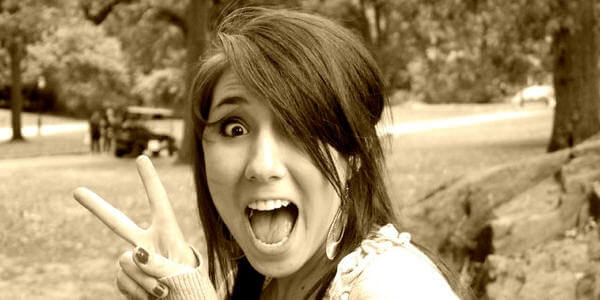 It is in human nature to be attracted to the ones we can’t have. No matter how many hearts they break or people they mess with, we’re always attracted to the heartbreaker. Senior nursing major at Franciscan University, Colleen Fort, is a well-known heartbreaker around campus. She shared what it takes for a guy to grab her attention:

CM: What is it that makes you a "heart breaker?"

I have been told that I am a heartbreaker by many guys because I give them a chance and they end up falling for me hard. Then, in the end, it doesn’t work out. I am also very oblivious to the fact that many guys like me and I don’t find out until later on and I just ignored them or kicked them to the curb.

CM: What does it take for a guy to catch your eye?

The first thing that catches my eye about a guy is definitely looks. He has to be attractive for me to notice him. I usually go for guys that are tall and in shape. A guy also catches my eye when he is confident. It is very attractive when a guy can walk up to me and introduce himself and start a conversation. Shy guys are a major turn-off.

CM: What do you look for in a guy?

I look for a guy who is intelligent and has a direction is his life. Outside of being attractive, a guy needs to know what he wants in his life and show that he's working to achieve that goal. He also needs to be a wholesome guy with good morals who knows how to treat a girl right.

CM:  How do you differentiate between a platonic friend, a hook-up and a guy you're interested in starting a relationship with?

A platonic friend is just someone who I can talk to and who is there for me, and I will be there for him. We have a relationship on a level that is merely out of caring about the good of each other and we can hang out and have a good time usually with other people. A hook-up is usually just a hot guy I meet out somewhere who I know is not the kind of guy who can be in a relationship. Usually a guy I hook-up with can't really be trusted as boyfriend material. A guy I'm interested in starting a relationship with is a genuinely good guy who treats me respectfully but still knows how to go out and have a good time every once in a while. He is someone I can trust and rely on and who can always be there when I need him. When a guy shows that he is interested in me and is not messing around, flirting with other girls at the same time, I am more interested in starting a relationship with him.

CM: How do you let someone down if you're not interested in him?

It’s always hard for me to let someone down if I'm not interested in them. For the most part if the guy has enough courage to ask me on a date I will say yes, unless of course I know it will end up disastrous or it will never go anywhere. I always tell a guy who I am not interested in that I am flattered that he feels that way about me, but I just don't feel that way about him and I hope we can still be friends. I am very guilty of using the "I am not looking for a relationship right now" excuse, but that always ends badly because guys still think that there is some hope.

CM: Has anyone used any cheesy pick up lines on you?  If so, what is an example of one?

Yes actually. One day I was coming back from working at the hospital and I was in my scrubs. A freshman came up to me and said “Do you have a band aid?” And I said, “no sorry, why do you need one?” And he answered, “Oh because I scraped my knee when I fell for you.” I couldn’t believe what I heard, but I laughed it off. So cheesy!

CM: If a guy were to pick you up, what advice do you have for him?

I would tell him to be confident, friendly and himself. Don't get nervous or do stupid things to try to impress me. Definitely do not talk to your friends first and have them ask me how I feel about you. That just makes me not want to give you a chance. Be a gentleman and show that you're civilized, too.

Previous Post:UI Considers Launching a Gay Fraternity
Next Post:Football Is All In On Breast Cancer Awareness Month