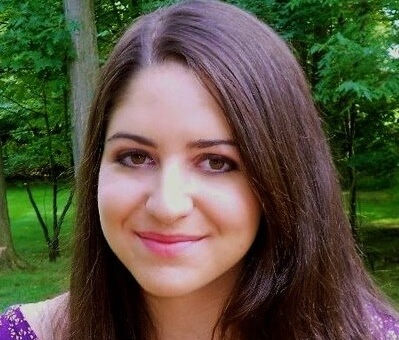 Julie Zeilinger is an activist, a self-identified feminist and the founder and editor of The FBomb…and she’s only a freshman! This young woman, attending Barnard College, Columbia University is definitely going somewhere. She is currently writing a book for Seal Press about teenage feminism, entitled "A Little F'd Up: Why Feminism Is Not A Dirty Word" that is slated for a Spring 2012 release. Find out how dating fits into that and more!

CM: How did you get involved in activism?

I first became aware of feminism in 8th grade when I had to give a speech to my entire middle school. I found an article about female feticide and infanticide (a practice which most commonly occurs in South Asian countries where parents abort female fetuses / murder female infants based on their gender). I was stunned that such a misogynistic, horrible practice existed, but I was even more disturbed that it was occurring and that I'd never heard about it and that more people weren't concerned or doing something to stop it. It made me wonder what other misogynistic things were happening in the world that I didn't even know about. That's when I started to research women's issues and learn more about feminist activism, which seeks to end gender-based violence like female feticide/infanticide, amongst many, many other important pursuits.

CM: What impact do you think feminism has had on your love life?

Honestly, I think it's only been beneficial. The greatest thing about identifying as a feminist is that in a way it's self-selecting. If a guy knows that you're a feminist and is smart enough not to believe all the ugly stereotypes and misconceptions that surround that word, then it's a pretty good indicator that he'd be a great guy to date. I think I've avoided dating a lot of jerks because of my willingness to self-identify as a feminist – in fact all of the guys I've dated have been extraordinarily sweet and totally supportive of my feminist beliefs.

CM: Do you like to make the first move?

I'm getting better about this. I used to feel like a horrible feminist because I was always way too scared to ask for a guy's number or even to text him first. Over time I've become less self-conscious about it and if I like a guy, I just go for it.

CM: What trait do you most look for in a potential partner?

A good sense of humor. I can pretty much work with anything except for somebody who is humorless.

Ignorance. For example, it doesn't bother me so much if a guy doesn't understand what feminism is – that can always be explained – but it does bother me if he doesn't know what it is and acts like he does, or feels that the negative assumptions he's already made about it are facts, rather than being open to learning about it.

CM: What is the cheesiest pick up line you have ever heard?

"Are you tired? Because you've been running through my mind all day." I mean…come on.

CM: How do you let down someone that you’re not interested in?

By asking to just be friends and really meaning it. It's obviously a cliché, but it actually has worked out for me in the past.

CM: What’s a deal-breaker for you?

CM: Last question, what advice would you give to someone who wants to pick you up?

Say something really witty and intelligent. If that's not possible, at least buy me food.