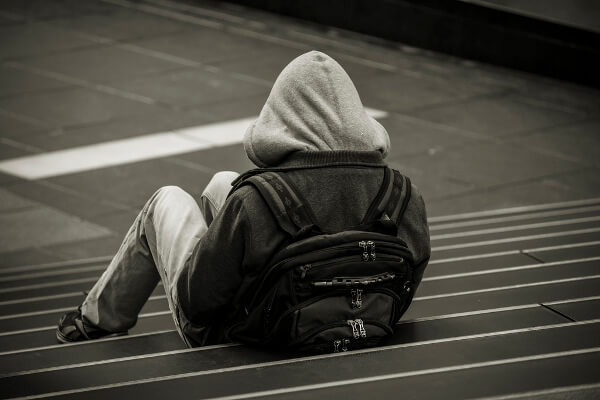 Overcoming the Fear of Not Having Friends

Michael BeckerNov 2, 2015
Home » Latest Posts » Overcoming the Fear of Not Having Friends
FacebookTweet

I suffer from chronic overthinking. My brain is a running commentary of everything from errands I need to run and homework I haven’t done to friends with whom I haven’t spoken in far too long. Almost always, at least one of these thoughts is an anxious one. I’m usually good at zoning myself out, but every so often my overactive brain wins out and the anxiety takes control.

That’s what happened about seven months ago when, out of the blue, I had this overwhelming feeling that I was, or was soon going to be, friendless.

My traitorous mind began convincing me that the people I considered to be good friends were acquaintances at best. It told me that true friends talked often, even daily. It muttered from the dark recesses of self-deprecation that this meant they were no longer my close friends. It used this type of logic to convince me that the people I considered close friends were, in fact, simply tolerating me.

Suddenly, I felt like I was an inconvenience in their lives. My heart dropped and my gut twisted as I began to fear that I was friendless.

Whenever I’ve felt low in the past, I would go to a friend to vent. Fun fact: When you’re feeling low because you think you’re friendless, venting to a friend is a tad problematic. I wasn’t sure if I could talk to anybody about the issue because I didn’t want to push away what few people I was close with by making them think I was a paranoid ball of anxiety. The situation began to spiral out of control until I hit that point where I knew something had to be done. I was either going to have to accept my fate, try to dig myself out of this hole, or find someone to help me out.

Luckily, old habits die hard, and I messaged a friend from high school, one of the few I still regularly talk to, and one with whom I still discuss issues from romantic rejection to existential anxieties. She reminded me that true friends don’t have to talk daily. True friends, she said, are the kind of people you can go a month without seeing or talking to, but when you do finally see each other again, nothing has changed.

More importantly, though, she reminded me that I have agency within a friendship. If I feel that it’s been too long since a friend and I have talked, I can and should do something about that. Anxiety had convinced me that my friendships were out of my control, but that’s simply not true.

So if you’ve ever felt afraid that you might be losing touch with a friend, whether you’re entering college and fear losing high school friends or you’re graduating soon and fear losing those from college, don’t forget that friendship is an amazingly strong, lasting bond. It requires effort, yes, but not constant maintenance. At the risk of sounding cheesy, I dare say that true friendship certainly is forever.

Previous Post:Why You Should Get Your A** to Class
Next Post:Harvard Business Publishing Internship