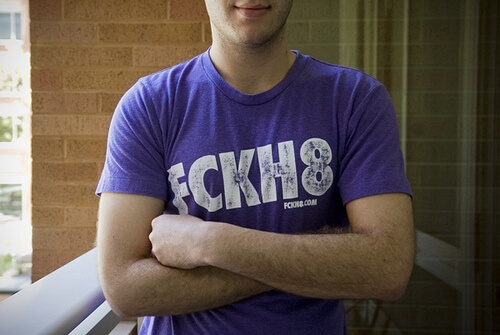 Out of the Closet and Into the World

Lindsey VoltolineJul 13, 2011
Home » Latest Posts » Out of the Closet and Into the World
FacebookTweet

“Coming out” as part of the LGBT community is often difficult, but it can be the best thing someone can do to start living freely and openly. College Magazine readers shared their coming out stories:

Do you have a story to share? Send to [email protected]

“I live in a country where being gay is something like having a disease and coming out is not recommended. But since the first time I had a crush on a girl, it felt so natural. It never felt wrong or different; I just knew that it's what I was. I loved this girl although she was scared to be with me. The first time I slept with a guy I almost fell asleep. I did it because everyone else did it. I never wanted him or any other man touching me. When I was about eighteen, I was doing the dishes and my mom asked me why I didn’t have a boyfriend. She started by saying that I’m a very pretty girl, smart and so on. Then I just turned to her and said, “That won't happen ever.” She told me it was fine. I was the happiest person alive. Then she told my dad and I told my sister. She knew without me telling her…They never ever said a word against my orientation…I am lucky. I’ve been in a steady relationship for about a year now. My family adores my girlfriend but we can't go out holding hands or kissing in public because we might get in trouble. But I am very lucky for having a family to support me like that!”  -Marija Milosevic, International University of Novi Pazar senior.

“Although my come-out was not that shocking to some people, it was a step-by-step process for me personally. Throughout my high school years, I dated girls and lived a ‘straight life.’ I had doubts about my sexuality but I thought it was something I would grow out of and that I could easily choose to be with a girl. I sometimes thought that it was normal to be attracted to my same gender and that everyone felt like that, they just did not act like it. Of course, after graduating high school, I realized that I was completely wrong. One weekend I began to hang out with an old friend who was gay and out. I learned that we had a lot of similarities and I realized I was very far behind on being what “normal” was to me. I ended up in a relationship with him, which led to a lot of anxiety because no one else knew. One day I came home crying because I felt like I was doing something so wrong. My mom over heard and came to console me. She asked me numerous times if everything was okay and I just said ‘yes, everything’s okay.’ After a few minutes she asked if it had to do with love and I said ‘yes.’ Then she asked if it had to do with liking a guy… I was blown away when she asked that because I tried very hard to keep it a big secret. I came out to her right after she said that and it went amazingly well. She hugged me and told me she loved me no matter what and that she was always here for me. She explained everything to my dad and my other family members for me, and no one showed any negative attitude towards it. I slowly began coming out to my friends, who were mainly straight guys and girls, and that went amazingly well too! I must say I was very lucky to have such great open-minded people around me and for that I’m so grateful.” -Anthony Cortés, Seminole State College senior.

“Being gay was something that was always badly talked about in my house and was something that was passed forbidden, if there is such a thing. I come from a Jamaican family and one thing about island families is they expect none of their kids to ever be gay–to them it’s like they’d rather you tell them you killed someone, than be gay. No one ever expected me to become gay because I had dated boys for so long, but I had flirted with girls before and my curiosity had started growing a long time before I actually came out. When I got with my first actual girlfriend it was then I knew I could no longer hide it…When the time came, and my mother asked me, I had really wished I had powers to disappear; but unfortunately I knew God hadn't blessed me that much to have powers. My mother was furious and this was the time a lot of hurtful words came out of her mouth because she was so angry. She told me she couldn't believe I would do this to her and that she wanted nothing to do with it. After a while she came around but we just never talk about my love life…Coming out was the best decision I had ever made because I no longer had to hide my life and hide who I really was. In return, it made my relationship so much better and it made me feel free. I know I was nervous at first but I knew in the end, ‘those that matter won't mind and those who mind don't matter.’” -Sinead Williams, Bethune-Cookman University senior.