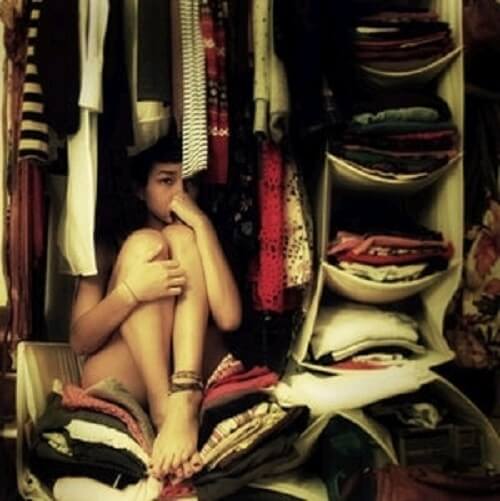 Only Halfway Out of the Closet

Eric RamirezMar 22, 2013
Home » Latest Posts » Only Halfway Out of the Closet
FacebookTweet

I remember meeting my first (and last) girlfriend’s parents outside of a movie theatre back in middle school and trying to nail the appropriate handshake strength. There is a customary weight put on meeting your girlfriend or boyfriend’s parents. But for gay couples in this day and age, this problem is sometimes bypassed by a much more complicated one.

“Well speaking from personal experience, I would have to say it’s much easier to be in a relationship if the person is out, however if they aren’t then you have to value their time and know that it takes time for someone to be comfortable with who they are,” said TJ Snider, a sophomore from the Savannah College of Art and Design. “Its not that things went wrong I would say, it was just harder to express ourselves, there was always a block that was there… But once you’re over that it’s so much easier to express yourself and just be who you are. Hiding behind parents’ and roommates’ backs is a really hard thing to do I must say. Climbing through a bathroom window and sneaking into my boyfriend’s room let’s just say wasn't ‘ideal’.” 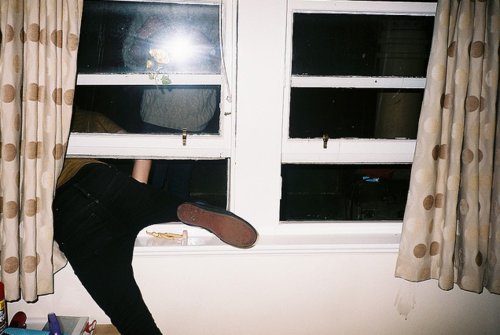 This typically happens with college students. It isn’t uncommon for students to come out once they have moved away from home. But even then, some LGBT students remain in the closet even when they’re romantically involved with someone.

But coming out stories are something every LGBT student has in common, whether those stories are over or in the process of unfolding. So in that sense, it shouldn’t be hard to sympathize with a girlfriend or boyfriend struggling with coming out. Haven’t we all had those family dinners where it was on the tip of our tongues but we just couldn’t bring ourselves to say it?

My boyfriend and I are out to our families but it has been a long and difficult process. I've been out to my parents for a while now, but for a while it was still the whole it-doesn't-exist-if-we-don't-talk-about-it sort of arrangements," said Ronald King, a SCAD senior. "Coming out is a delicate situation for someone and they should have the freedom to handle it in whatever way and however much time they need."

By now I’m assuming almost everyone has seen “Perks of Being a Wallflower” where a gay student and his closeted main squeeze get into a fistfight over the secrecy. It hurts to see your boyfriend or girlfriend acting as if there is nothing between the two of you when other people are around. But there comes a point where you have to put that aside and be there for them and deal with the consequences as best you can.

“It’s hard when you’re introduced to family, or anyone for that matter, as a friend or roommate when you are indeed their lover or partner,” said Benjamin Rodriguez, a recent graduate from the Savannah College of Art and Design. “By dating a closeted person I have sometimes caused myself to force myself back into the closet for my partner. It really shouldn’t matter if the person you love is closeted or not. Just make sure you understand that protecting their ‘secret’ is something that is a little higher of a priority because they are not ready.”

But there is another way to handle this situation too. Not only should you be there for them, to comfort and console, but you what if you could help them come out? This is hardly an easy thing to do, and shouldn’t be forced. But those of us who have been able to come out know that feeling of relief and freedom that comes along with the ability to express your love for someone of the same sex.

“I always pressured my boyfriends at times to come out because, being out, I knew it was ok and I knew that they were just afraid. But they had nothing to be afraid of,” added Snider. “Two of my ex's weren't out and one came out right after we dated. The other one came out as we were dating. Both said it was the best decision they ever made and didn't know what they were so afraid of because they found the people who accept them and found that no matter what that their friends were still there for them.”

The stress a closeted partner can put on a relationship can be weighty, and it can test your patience when it comes to being even slightly affectionate. But if you truly love and care about them, helping them through it (and not guilt tripping them) should be easy to do. My advice: just remember what you went through and show a little sympathy. Is not meeting their parents such a bad thing?

Photos from blogspot.com and dragon.mixrmedia.com

Previous Post:8 Ways to Save Money on Spring Break
Next Post:Quitting the Electric Beach