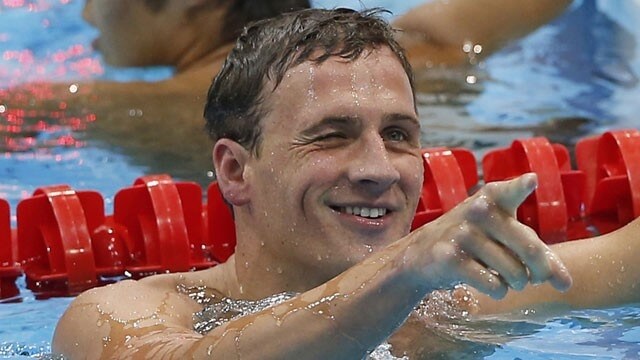 Best Swimmer in the World?

Ryan Lochte defeated Michael Phelps and the rest of the world in the 400 IM, but with the race on the line in the 4X100 Freestyle Relay, Lochte let his team down. He could not hold off Frenchman Yannick Agnel, even with about half a body’s length lead with a lap to go. Lochte will have to prove himself as the meet goes on to make up for the poor swim.

Defending World Champion Jordyn Wieber placed third overall in the qualifying round for the women’s all-around competition. The problem is, she was beaten by two of her United States teammates and, by rule, she cannot advance because each country is only allowed two competitors. It’s a harsh result for Wieber but the rule is clear, so she will have to turn her attention to the team competition where she will most definitely help a powerful US squad.

Anything short of gold in this Olympics would be a failure for USA Men’s Basketball, but they had a solid showing in a 98-71 beatdown of France. I think it would have been a different game if Tony Parker had been 100 percent healthy. Still, the Americans beat a French squad that is a top five team in the world and they did so handedly. Durant led the charge with a 22-point performance and the rest of the scoring was very spread out. The US has two cakewalks before they meet Lithuania on August 4.

Vollmer Puts One in the Record Books

US Butterflyer Dana Vollmer put up a 55.98 in the 100 Fly, the first woman to ever go sub-56 in that race. It was world record nonetheless. She set the first WR of these Olympics, and it will probably be the first of many to come.

Previous Post:The Twitter Social Pyramid: Why all celebs are not created equal
Next Post:Avoid These Recent Grad Regrets