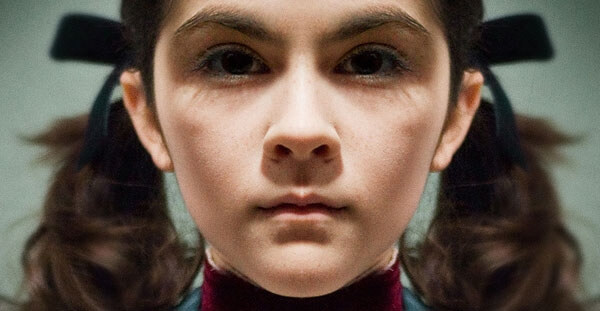 The weather may be hot, but this is the season for chilling horror films. Whether you’re looking to snuggle up to your summer fling or just scream with your friends, Hollywood has you covered with a slew of scary movies. Films Apartment 143, The Tortured, The Possession and The Apparition are all slated to hit your hometown theater soon. But for impatient fans, here are the top summer horror releases of the 2000s. Relive the scares of summers past and rent these thrillers now.

Critics have called this film sleazy and trashy. They’re right. Orphan — starring Vera Farmiga, Peter Sarsgaard and the creepiest little girl you’ll ever see on screen — follows a struggling couple’s adoption of seemingly sweet but truly disturbed Esther. All the ususal spine-tingling scares and suspenseful moments are here, but what sets Orphan apart is its sheer perversion.  Without giving too much away, you can expect an Elektra complex, blacklight pornography and a twist that will leave you sleepless. Fun fact: The actress who plays Esther, Isabelle Fuhrman, found a slightly less evil role as Clove in The Hunger Games.

Horror hotshot Eli Roth produced this documentary-style hit. But Roth skipped his usual penchant for bloody gore in favor of a smart, satirical look at evangelical Christianity and the very real practice of “exorcising” demons. The protagonist, Reverend Cotton Marcus, is a nonbeliever. He’s a charlatan who exploits families’ faiths and performs fake exorcisms for cash. But when he goes to treat young Nell, all hell breaks loose. Playing Nell, the relatively unknown but scarily double-jointed actress Ashely Bell performs all her own contortions — without special effects. You’ll grit your teeth knowing her body really is that crazy. Even the climax doesn’t answer the movie’s central question: is Nell psychologically unwell or possessed by the Devil? And in the end, this isn’t the final exorcism Tinseltown has to offer.  The poorly titled but highly anticipated The Last Exorcism 2 is currently in post-production.

Nicole Kidman stars in this suspenseful remake of the even better Spanish version, Los Otros. Set in the 1940s, the movie follows controlling mother Grace as she raises her two young children in a spooky mansion, awaiting the return of her soldier husband. The house is kept dark because the kids, Grace claims, are photosensitive. When three servants arrive to care for the estate, strange things start happening and ghostly children begin to appear, driving Grace to the brink of paranoia. The movie is understated, slowly immersing viewers into the eerie and creaky home. The twist is one of the most effective in horror history.

M. Night Shymalan, the filmmaker behind the iconic Sixth Sense, throws a pre-meltdown Mel Gibson and pre-rapping-mockumentary-hoax Joaquin Phoenix onto a rural family farm. The result proves to be fodder for Scary Movie 3. But don’t discount the frights in this story of a troubled family’s encounter with extraterrestrials. You’ll cry during a car crash flashback, chuckle at young Abigail Breslin’s alien-prevention techniques and cower when the invaders finally touch down. Signs proves that, with or without aliens, there’s nothing scarier than a cornfield.

Previous Post:Summer In The Concrete Jungle
Next Post:Get Sweaty