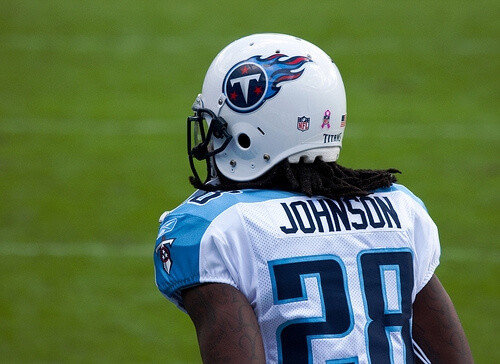 Another week gone, and what a week it was. There were two huge comebacks by the resilient Lions and the 49ers, who maintained their winning ways. The Bills finally lost, but hey, nobody circles the wagons like they do. Anyway, let’s see how I am faring this year:

Solid, if I say so myself. So who do I think will win this week?

The Titans will finally be on TV this week, so naturally this game needs to be addressed. I would like to think that this is a pretty even game, especially considering that Harrison is out and Big Ben is questionable. I am going to give the edge to the Steelers for two reasons. One, they are at home, and two, if the Titans were to lose, at least I will have a small victory. Very small.

This is easily the game that features the most unexpected teams this year. What I mean is that the Bills are, well, okay, and the Dream Team ain’t so dreamy. I am going to reluctantly pick the Eagles this week so my roommate doesn’t get mad at me, and I just can’t see myself picking the Bills in anything.

Both the Bucs and the Niners are 3-1 but not too many people know it. The Bucs need this game because they play in arguably the best division in football. The 49ers need this one so that they can coast to a solid 8-8 record and an NFC West playoff birth. Too bad the Bucs are better.

I don’t think that there is one power ranking list out there that does not feature the Pack at the top. It is a bit surprising that the Falcons are 2-2, but look for them to make this one close. The Birds are always tough at home, but they will not be tough enough to squeak out this one.

Previous Post:Savoring The Last Few Weeks of Warmth
Next Post:Bobbing For Albums: Playlist